Economic Cost of Weather May Total $485 Billion in U.S.

Everything has its price, even the weather.

New research indicates that routine weather events such as rain and cooler-than-average days can add up to an annual economic impact of as much as $485 billon in the United States.

The study, led by scientists at the National Center for Atmospheric Research (NCAR), found that finance, manufacturing, agriculture and every other sector of the economy is sensitive to changes in the weather. The impacts can be felt in every state.

The results, published with co-authors from the University of Colorado at Boulder, Lawrence Berkeley National Laboratory and Stratus Consulting, appear in this month’s issue of the Bulletin of the American Meteorological Society. 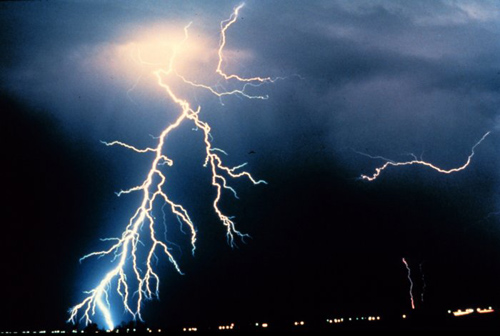 “From wind-driven wildfires, to the timeliness of airplane take-offs and landings, to peak demand for electricity in a hot summer, weather affects every aspect of our lives–and our economy,” says Sarah Ruth, program director in NSF’s Division of Atmospheric and Geospace Sciences.

“This research shows that a substantial percentage of the U.S. economy is linked to variability in weather.”

This is the first study to apply quantitative economic analysis to estimate the weather sensitivity of the entire U.S. economy.

“It’s clear that our economy isn’t weatherproof,” says NCAR scientist Jeff Lazo, the paper’s lead author. “Even routine changes in the weather can add up to substantial impacts on the U.S. economy.”

The research could help policymakers determine whether it is worthwhile to invest in enhanced forecasts and other strategies that could better protect economic activity from weather impacts. 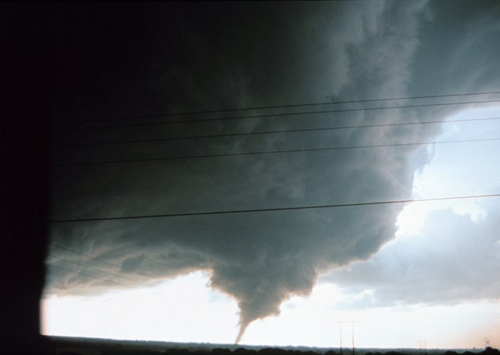 Tornadoes wreaked havoc during one of the country's most active weather seasons on record. Image credit: NOAA

The authors caution that the study should be viewed as an initial estimate, which they plan to refine in subsequent research.

Lazo and his colleagues did not calculate additional costs associated with extreme weather events, such as this year’s tornado outbreaks, since data on extreme events were not available for the time period covered by their economic model.

Nor did they evaluate the possible impacts of climate change, which is expected to lead to more flooding, heat waves and other costly weather events.

Still, the study concludes that the influence of routine weather variations on the economy is as much as 3.4 percent of U.S. gross domestic product.

Weather can affect both demand and supply of various sectors, with complex and sometimes countervailing influences on the overall economy. 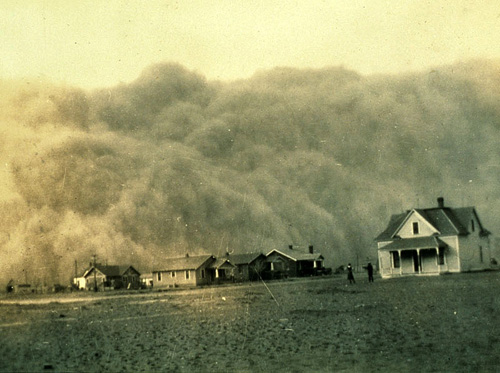 In extreme drought like that of the 1930s, cities like Stratford, Texas, are engulfed by dust. Image credit: NOAA

A snowstorm, for example, may disrupt air travel and drive up heating costs while boosting subsequent attendance at ski resorts. A prolonged dry spell can affect supplies of crops while enabling construction projects to remain on schedule.

In contrast, Lazo and his colleagues combined historical economic data with economic modeling techniques to produce a detailed analysis of the U.S. economy’s sensitivity to temperature and precipitation.

The results indicate that the mining and agriculture sectors are particularly sensitive.

Routine variations in weather may take a toll on the mining economy of 14 percent each year, perhaps because of changing demand for oil, gas and coal. 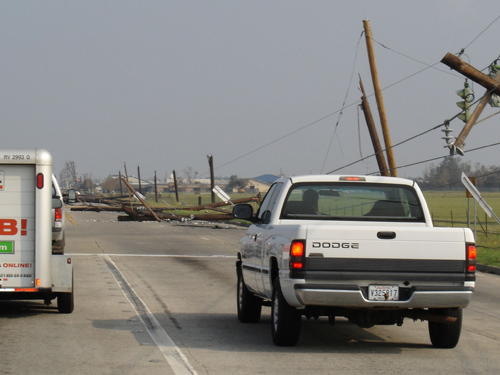 From June through October, hurricanes may leave destruction in their wakes. Image credit: NOAA

Agriculture ranked second at 12 percent, conceivably because of the many crops that are affected by temperature and precipitation.

Other sensitive sectors include manufacturing at 8 percent; finance, insurance and retail at 8 percent; and utilities at 7 percent.

The study also concluded that the economy of every state is affected by the weather.

However, sensitivity to weather variation did not seem to follow a particular geographic pattern, and Lazo says more research will be needed to determine why the economies of certain states are more affected by weather variations. 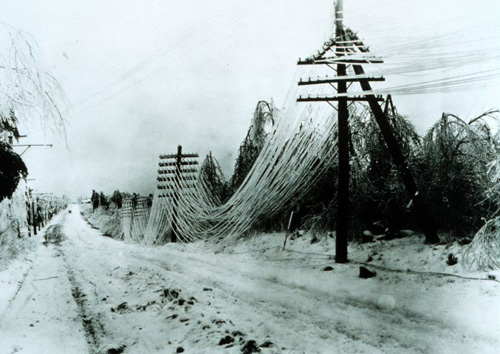 A hint of what's to come: six months from now, much of the U.S. may look like this picture. Image credit: NWS/NOAA

“A key point here is that when aggregated across all 11 sectors, no one part of the country appears significantly more weather sensitive than another region in relative terms,” the authors wrote in their paper.

The United States as a whole is less sensitive than individual states because economic production can shift from one region to another, according to the study.

Lazo and his colleagues drew on 70 years of weather records through 2008 from across the contiguous United States.

They then conducted a regression analysis, a statistical technique for comparing multiple variables, to examine the impacts of weather on 11 non-governmental sectors of the economy in every state.

The team constructed a computer model in which other key variables–labor, capital and energy–were held constant based on a five-year average.

The researchers produced the estimated range of $485 billion in potential economic impacts by applying their weather sensitivity findings of 3.4 percent to the 2008 U.S. gross domestic product of $14.4 trillion.

As the economy grows, costs of weather variability can be expected to increase accordingly.