Prior to election, when it became clear Donald Trump will win, US and International Media joined the chorus against him – they were very well-funded, super-organized.

As the electoral votes started to sum up for Donald Trump, new wave of anti-democratic movement took the streets with slogans „Not My President“,

then the crazy Green Party President candidate Jill Stein campaigned in vain to help Hillary Clinton get the electoral votes in Wisconsin, Pennsylvania and Michigan. Her banner was – „Don’t mourn – organize“,

then the Obama administration armed with top secret services bosses almost proved Russian President Vladimir Putin is the behind-man who paved the way for Donald Trump for White House and Mr. Trump will be no one but a puppet of President Putin.

While all these campaigns failed and Mr. Trump assumed the presidency: opponents are hyper-active, waiting for any single mistake he will make, with the hope of a soon-to-bring the ‘doomsday’ for Mr. Trump!! 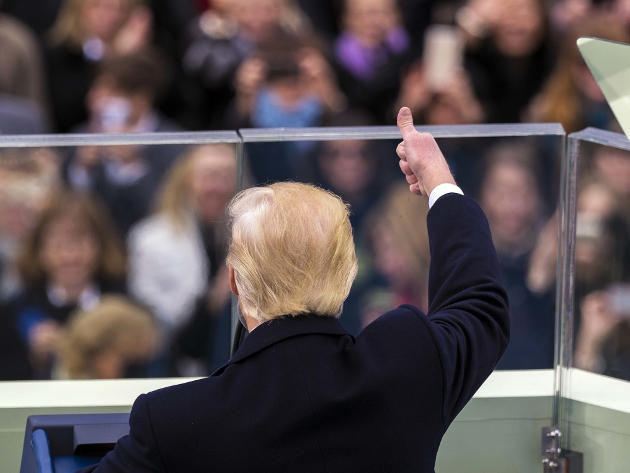 Recent Executive Order from President Trump to temporarily ban entry for nationals from seven Muslim countries to US is ‘politically incorrect’ and ‘gravely immature’. Such decrees will cause the innocents only to suffer while strengthening the opponents and let them wait for the next mistake to come to trigger an avalanche for the Trump adminstration.

Iran may not have a ‘super navy’ but recent evidences suggest they are capable enough to cuase serious losses – both personnnel and naval vessels. And there’s the point: – just imagine an insider job: planned in a way to let significant loss of soldiers + to let one or two ships like USS Firebolt to sink down from missile fire, will be catastrophic enough for the current adminsitration. The already chaotic situation will aggravate to a point of no return.

Although Persian Gulf and the Hormuz Strait will always provide a hot battle ground, South China Sea, on the other hand, will rather enjoy an unexpected clam. China will only build up its forces there but most likely avoid any confrontatioin with the Americans or with the Japanese (also because the Israeli Premier Benjamin Netanjahu doesn’t live anywhere nearby the SC Sea).

Finally, there’s the unrealistic ‘wall’ along the border with Mexico. No doubt, there will be many holes in the wall, and what it will funnel to the other side in US territory could be even horrific – what if the Mexican drug militias take control of the wall as a bold defiance to any government control!! They will not only enjoy the unexpected support of large masses of people from both sides of the wall, it will also empower them to establish certain kind of invisible admisnitrative authority in the region.

The thing is, President Trump is not a career-politician like Hillary Clinton (a good manipulator and liar), sometimes Mr. Trump is very direct to the problem. America’s problems have an international magnitude and need to be handled very ‘diplomatically’.

The current administration should step carefully.