EAST LANSING, Mich. — Divorce at a younger age hurts people’s health more than divorce later in life, according to a new study by a Michigan State University sociologist.

Hui Liu said the findings, which appear in the research journal Social Science & Medicine, suggest older people have more coping skills to deal with the stress of divorce.

“It’s clear to me that we need more social and family support for the younger divorced groups,” said Liu, assistant professor of sociology. “This could include divorce counseling to help people handle the stress, or offering marital therapy or prevention programs to maintain marital satisfaction.” 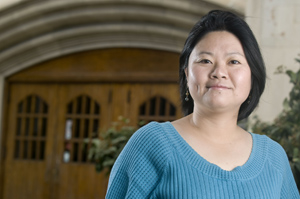 Liu analyzed the self-reported health of 1,282 participants in Americans’ Changing Lives, a long-term national survey. She measured the gap in health status between those who remained married during the 15-year study period and those who transitioned from marriage to divorce, at certain ages and among different birth cohorts, or generations.

From a generational perspective, the negative health impact was stronger for baby boomers than it was for older generations – a finding that surprised Liu.

“I would have expected divorce to carry less stress for the younger generation, since divorce is more prevalent for them,” she said.

Liu said this may be because the pressure to marry and stay married was stronger for older generations, and so those who did divorce may have been among the most unhappily married – and thus felt a certain degree of relief when they did divorce.

“This suggests it is not the status of being married or divorced, per se, that affects health, but instead is the process of transitioning from marriage to divorce that is stressful and hurts health,” Liu said.