For the University of Delaware’s Benjamin Fleury-Steiner, research for his new book Disposable Heroes: The Betrayal of African American Veterans was uncomfortable and disquieting.

An associate professor of sociology, Fleury-Steiner spent months interviewing black veterans of Vietnam, Iraq and Afghanistan in the back streets of Wilmington, Del., to learn more about their service to their country and their experiences upon returning home.

The topic had long been on Fleury-Steiner’s mind, himself an Army veteran of Operation Desert Storm who had ducked Scud missiles in Saudi Arabia.

Educated and able to take full advantage of his GI Bill benefits, Fleury-Steiner said images of homeless veterans – people who had made the sacrifice to go to war for their country and who returned to extreme poverty and neglect – haunted him and drove him to undertake research for the book.

What he found were soldiers marching on in the face of homelessness, addiction, failing health, crime and unemployment. 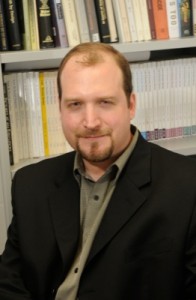 “Disposable Heroes,” he wrote, “begins with a simple observation: For a grossly disproportionate number of African American soldiers, the end of military service signals a return to a largely unforgiving civilian world that has little use for them.”

Fleury-Steiner began his work with interviews at Independence House in Wilmington, which provides temporary housing for men. The project later grew, taking him into impoverished neighborhoods in the city and to Baltimore, where he gained access through a chapter of the National Association of Black Veterans.

In all, he captured and shares with the reader the stories of 30 veterans – some who were drafted, some who enlisted, and all who found racial oppression at home and in the service.

The stories of Vietnam veterans are particularly instructive, as young men left segregated working class neighborhoods during the upheaval of the civil rights movement, witnessed first-hand Jim Crow laws and traditions at training facilities in the South and, in at least one case, returned to find Wilmington under siege with National Guard troops patrolling the streets after rioting in the wake of the assassination of the Rev. Dr. Martin Luther King Jr.

Fleury-Steiner recalls the story of a soldier in uniform returning to the city at night after a tour of duty only to have a National Guardsman fly up in a Jeep to question him. The angry veteran said, “I’m just back from Vietnam and you’re telling me I can’t live they way I want when I get back home?”

Fleury-Steiner said that following the trauma of war, there was the secondary trauma of knowing that “your own military – the military in which you served – has occupied your neighborhood.”

After Vietnam, the “war on drugs” and the mass incarceration of young blacks added additional stress in the racially isolated African American communities to which the veterans returned, Fleury-Steiner said.

More recently inequity has been exacerbated by the lengthy economic downturn, he said.

Some of the veterans, both then and know, have turned to self-medication to battle post-traumatic stress disorder, often becoming addicted and finding their way in and out of rehabilitation. Many are wary of the services offered by the Veterans Administration, which in the end provides just short-term care.

Some of those Fleury-Steiner interviewed found it difficult to find gainful employment upon their return to civilian life, in a few instances turning to crime. One found that his military-honed skills of fearlessness and leadership translated well on the street, where he became a loan shark and dreaded enforcer – until he realized that even his family was scared of him and decided to live a straight life.

Others have had difficulty finding housing and have ended up on the street or in facilities such as Independence House.

The last chapter of the book is titled “We Thank You For Your Service,” with Fleury-Steiner saying that such encouragement expressed to veterans is empty without providing them the tools they need to succeed after their military service.

“After the ‘parade’ is over, it has just begun – the struggle to reintegrate into the civilian world,” he said.

Despite the many hardships, the soldiers interviewed by Fleury-Steiner are proud survivors.

“Despite everything they’ve been through, they absolutely do not want to see themselves as victims,” he said. “They are resilient, and that resilience is incredible to me – they keep driving on no matter what.”

Benjamin Fleury-Steiner, associate professor in UD’s Department of Sociology and Criminal Justice, received his doctorate at Northeastern University and joined the UD faculty in 2000.

He conducts research in the sociology of race relations, military veterans, qualitative life history analysis and mass imprisonment and the death penalty.

Disposable Heroes: The Betrayal of African American Veterans is published by Rowman and Littlefield Publishers.

Alford A. Young Jr., Arthur F. Thurnau Professor and chair of the Department of Sociology at the University of Michigan, wrote of the book, “Disposable Heroes is a story not simply about men who engaged in conflict on the battlefield, but also about men who were conflicted about how much America care about them, even though they demonstrated the care of courage necessary for going into military conflict.”