Dictators in The Dock

If dictators who torture, kill, or otherwise abuse their citizens’ human rights are overthrown, should they be brought to trial?

On one hand, convicting and punishing an ex-dictator and his minions would strike a welcome blow for justice in countries where it has been denied.

On the other hand, trials may open old wounds and even encourage dictators to hang onto power just to avoid prosecution. 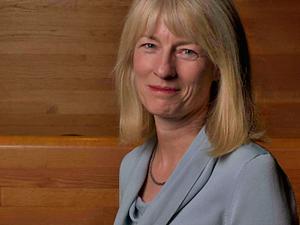 In a recent book, “The Justice Cascade: How human Rights Prosecutions Are Changing World Politics,” University of Minnesota professor Kathryn Sikkink comes down strongly on the side of bringing deposed malefactors to trial.

“We see that human rights violation trials are not making human rights situations worse; on the contrary,” says Sikkink, a Regents Professor of political science. “[I found] a correlation between countries that undertake human rights prosecutions and later improvements in human rights, while controlling for the presence of war, poverty, and inequality.”

Sikkink also argues that trials have a symbolic, as well as punitive, value.

“It’s important to communicate to future repressors that there are costs associated with committing human rights violations,” she explains. “And it reinforces the rule of law by showing no one is above the law. By putting former dictators on trial, you illustrate that they aren’t, and you encourage the use of legal channels to express complaints.” 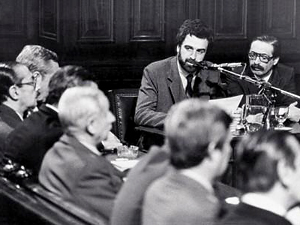 To the critics who say the threat of prosecution makes despots cling to power longer, Sikkink says that hypothesis might be borne out if dictatorial regimes could be shown to be lasting longer now than before the wave of trials that began in the late 20th century.

But one large area, Latin America, shows no support for that claim.

“It’s a region that’s seen the most prosecutions and almost complete transition to democracy. And it helped that Uruguay, Chile, and Argentina had earlier enjoyed periods of democracy that they could draw on for guidance out of the morass of dictatorship,” Sikkink notes. Prominent officials brought to trial include Augusto Pinochet of Chile, Juan Maria Bordaberry of Uruguay, and members of Argentina’s military junta.

“Very often we find that leaders with impunity use it to commit human rights violations and to be corrupt,” Sikkink explains. They may, she says, be tried for either or both kinds of crimes.

For example, former Egyptian President Hosni Mubarak and his family are charged with both corruption, including the embezzlement of public funds and illegally acquired wealth, and the killing of demonstrators. And in Chile, Pinochet was tried for personal enrichment and human rights violations. It’s reminiscent of the way Al Capone was hauled in for tax evasion: If the big charge may not stick, improve your odds with a lesser one.

As for Libya’s Moammar Gadhafi, though he will never be prosecuted, the threat of it may have played a part in the end of his regime.

“All we can ask is if the International Criminal Court indictment made it hard for friends abroad to offer him exile,” Sikkink muses.

Countries that try their former dictators can’t expect the process to be quick and easy, however.

“Slobodan Milošević [president of Yugoslavia and Serbia] and Pinochet died before they could be convicted,” Sikkink points out. “A real human rights prosecution protects the rights of the accused. One reason they take so long is that they’re not kangaroo courts.”

Kathryn Sikkink on the trial of Hosni Mubarak: “There are legitimate questions about the chain of command. Did he give the order that led to the murder of protesters?”

And Sadam Hussein: “I think the general assumption is that the trial was not as legitimate as it needed to be, and in particular, the trial and execution were too hasty. I think the jury’s still out on whether an international court would have been better.”