When the Rhode Island legislature inadvertently decriminalized indoor prostitution in the state from 2003 to 2009, it proved beneficial to UCLA public policy professor Manisha Shah.

Shah and her co-author Scott Cunningham of Baylor University examined data from that period, becoming the first social scientists to evaluate the decriminalization of prostitution using a natural experiment.

During those seven years the state saw a large decrease in rapes and a large reduction in gonorrhea incidence for men and women, according to the new study by Shah, an assistant professor of public policy in the UCLA Luskin School of Public Affairs, and Cunningham. Their paper, “Decriminalizing Indoor Prostitution: Implications for Sexual Violence and Public Health,” was published recently in the Working Paper Series by the National Bureau of Economic Research. 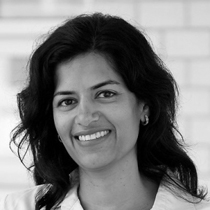 “Everything about this experiment is unusual, so in a way, we didn’t know what was more surprising — that a state could ‘accidentally’ legalize indoor prostitution, that no one would practically know about it for 23 years, that we would be successful at obtaining so many different sources of data to investigate it, or that we would find reductions in reported rape offenses and gonorrhea rates,” they said.

When the Rhode Island legislature amended a law in 1980, it inadvertently created a legal loophole that decriminalized paid consensual sex if it took place indoors. This result went unnoticed until 2003, when police took a number of massage parlor workers to court and lost because of this unanticipated interpretation of the law. It wasn’t until 2009 that new legislation was passed to re-criminalize indoor prostitution.

For the study’s co-authors, the incident provided the highly unusual opportunity in the United States to explore how decriminalizing prostitution affected the rate of sexually transmitted infections and the number of female rapes.

Shah and Cunningham examined various sources of data in their research. They checked whether prostitution arrests decreased using the FBI’s Uniform Crime Reports data. They also looked at the number of prostitutes to test whether the size of the indoor market increased post-decriminalization (as economic theory would predict).

Using data from weekly classified advertisements from the “adult services” sections of The Providence Phoenix as well as data from a popular online review site, the researchers found that the number of massage parlors and online sex workers increased and transaction prices decreased after decriminalization.

Key findings from the study show that there were 31 percent or 824 fewer reported rapes and a decrease of approximately 2000 cases of gonorrhea during the seven years indoor prostitution was decriminalized. The authors note that the results suggest that “decriminalization could have potentially large social benefits for the population at large — not just sex market participants.”

The study has made waves in the media. Some reports include fearful responses from international organizations worried that a case for legalized prostitution will have a potentially negative effect on the treatment of women.

Shah and Cunningham say more work needs to be done to evaluate the full spectrum of costs and benefits associated with Rhode Island’s accidental experiment with legalized prostitution. There also needs to be a better understanding of the exact factors that link the legalization announcement in 2003 and drop in enforcement with reductions in rapes and gonorrhea incidence.

“Technically, our study has internal validity but not necessarily external validity,” Shah said. “What this means is that while we can speak to the effect of decriminalization of prostitution in Rhode Island, we cannot take this and speak out of sample to some other policy environment. But, in that sense, our study is no different from nearly all studies that seek to evaluate some kind of intervention/policy change.”

Their study also cannot speak to the effect of decriminalization on human trafficking, which is something that has come up in recent media attention, Shah and Cunningham said.

“Police agencies, lawmakers, and prosecutors all over the U.S. have responded to the growth on the indoor sex market by reallocating large amounts of resources toward arresting sex workers,” they continued. “This reallocation has been considerably costly for local police since the indoor market is more diffuse and hidden. This research can influence change in policies related to police effort of enforcement of laws against prostitution, particularly related to indoor sex work.”

Shah and Cunningham hope that their paper will focus research and policy toward a more rigorous evaluation of prostitution law and policy that moves away from anecdotal work. They stress the importance of good quantitative information about the effects of policies to better understand the costs and benefits of various policy alternatives.

As for the study itself, Shah and Cunningham said they were both surprised and unsurprised by the findings. “When we started this project, we had to admit to ourselves that we really didn’t know what we should expect. Given there hasn’t been much policy experimentation around this phenomena and almost no causal evidence on the topic, policymakers and academics haven’t had quality findings upon which expectations could be based.”