Decreasing emissions of black carbon, methane and other pollutants makes a difference

Scientists found that reductions in four pollutants that cycle comparatively quickly through the atmosphere could temporarily forestall the rate of sea level rise by roughly 25 to 50 percent.

“To avoid potentially dangerous sea level rise, we could cut emissions of short-lived pollutants even if we cannot immediately cut carbon dioxide emissions,” says Aixue Hu of the National Center for Atmospheric Research (NCAR) in Boulder, Colo., first author of a paper published on April 14, 2013, in the journal Nature Climate Change. 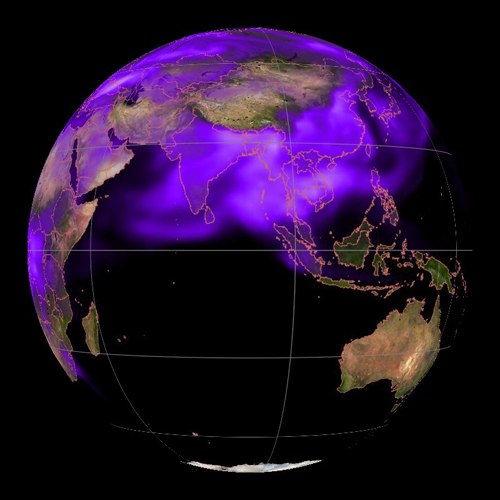 “Society can significantly reduce the threat to coastal cities if it moves quickly on a handful of pollutants.”

The research was funded by the National Science Foundation (NSF) and the U.S. Department of Energy. 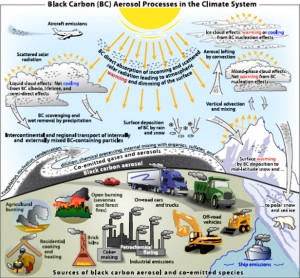 The path to black carbon: where it comes from, where it goes. Image credit: NOAA (Click image to enlarge)

It is still not too late, “by stabilizing carbon dioxide concentrations in the atmosphere and reducing emissions of shorter-lived pollutants, to lower the rate of warming and reduce sea level rise by 30 percent,” says atmospheric scientist Veerabhadran Ramanathan of the Scripps Institution of Oceanography (SIO) in San Diego, a co-author of the paper.  Ramanathan initiated and helped oversee the study.

“The large role of the shorter-lived pollutants is encouraging since technologies are available to drastically cut their emissions,” says Ramanathan.

The potential effects of rising oceans on populated areas are of great concern, he says.

Many of the world’s major cities, such as New York, Miami, Amsterdam, Mumbai, and Tokyo, are located in low-lying areas along coasts. 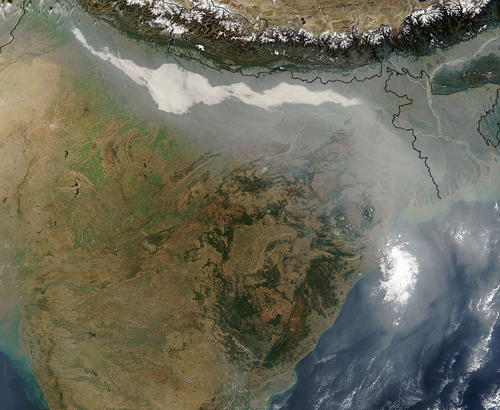 As glaciers and ice sheets melt, and warming oceans expand, sea levels have been rising by an average of about 3 millimeters annually in recent years (just over one-tenth of an inch).

If temperatures continue to warm, sea levels are projected to rise between 18 and 200 centimeters (between 7 inches and 6 feet) this century, according to reports by the Intergovernmental Panel on Climate Change and the U.S. National Research Council.

Such an increase could submerge coastal communities, especially when storm surges hit.

Previous research by Ramanathan and Yangyang Xu of SIO, a co-author of the paper, showed that a sharp reduction in emissions of shorter-lived pollutants beginning in 2015 could offset warming temperatures by up to 50 percent by 2050.

Applying those emission reductions to sea level rise, the researchers found that the cuts could dramatically slow rising sea levels. 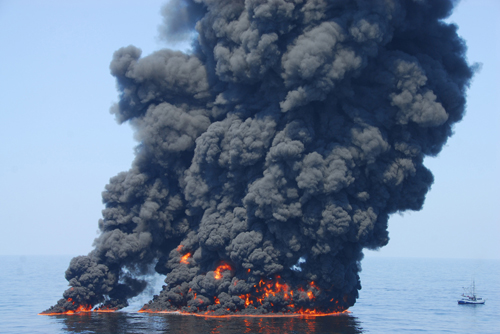 The results showed that total sea level rise would be reduced by an estimated 22 to 42 percent by 2100, depending on the extent to which emissions were cut.

However, the study also found that delaying emissions cuts until 2040 would reduce the beneficial effect on year-2100 sea level rise by about a third.

If society were able to substantially reduce both emissions of carbon dioxide as well as the four other pollutants, total sea level rise would be lessened by at least 30 percent by 2100, the researchers conclude.

“We still have some control over the amount of sea level rise we are facing,” Hu says. 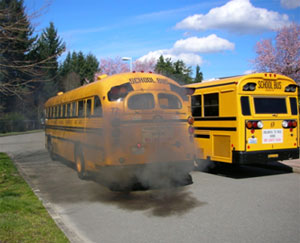 Another paper co-author, Claudia Tebaldi of Climate Central, adds:  “Without diminishing the importance of reducing carbon dioxide emissions in the long-term, this study shows that more immediate gains from shorter-lived pollutants are substantial.

“Cutting emissions of those gases could give coastal communities more time to prepare for rising sea levels,” says Tebaldi.  “As we have seen recently, storm surges in populated regions of the East Coast show the importance of making such preparations and cutting greenhouse gases.”

To conduct the study, Hu and colleagues turned to the NCAR-based Community Climate System Model, as well as a second computer model that simulates climate, carbon and geochemistry.

They also drew on estimates of future emissions of heat-trapping gases under various social and economic scenarios and on computer models of melting ice and sea level rise.

The study assumes that society could reduce emissions of the four gases and particles by 30-60 percent over the next several decades.

That is the steepest reduction believed achievable by economists who have studied the issue at Austria’s International Institute for Applied Systems Analysis, one of the world’s leading research centers into the effects of economic activity on climate change.

“It must be remembered that carbon dioxide is still the most important factor in sea level rise over the long-term,” says NCAR scientist Warren Washington, a paper co-author. “But we can make a real difference in the next several decades by reducing other emissions.”