Study of seventh and eighth graders finds no difference between boys, girls

Bullying, whether it’s physical aggression or spreading rumors, boosts the social status and popularity of middle school students, according to a new UCLA psychology study that has implications for programs aimed at combatting school bullying. In addition, students already considered popular engage in these forms of bullying, the researchers found. 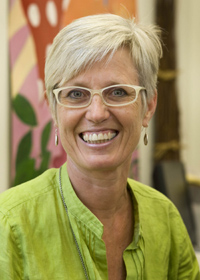 “The ones who are cool bully more, and the ones who bully more are seen as cool,” said Jaana Juvonen, a UCLA professor of psychology and lead author of the study. “What was particularly interesting was that the form of aggression, whether highly visible and clearly confrontational or not, did not matter. Pushing or shoving and gossiping worked the same for boys and girls.

“The impetus for the study was to figure out whether aggression promotes social status, or whether those who are perceived as popular abuse their social power and prestige by putting other kids down,” she said. “We found it works both ways for both ‘male-typed’ and ‘female-typed’ forms of aggression.”

The research is published online in the prominent Journal of Youth and Adolescence and will be appear in an upcoming print edition of the journal.

The study implies that anti-bullying programs have to be sophisticated and subtle to succeed.

“A simple message, such as ‘Bullying is not tolerated,’ is not likely to be very effective,” Juvonen said, when bullying often increases social status and respect.

Effective anti-bullying programs need to focus on the bystanders, who play a critical role and can either encourage or discourage bullying, said Juvonen, who has conducted research on bullying since the mid-1990s and serves as a consultant to schools on anti-bullying programs. Bystanders should be made aware of the consequences of spreading rumors and encouraging aggression and the damage bullying creates, she said.

Juvonen and her colleagues reported in 2003 that bullies are popular and respected and are considered the “cool” kids.

In previous research, Juvonen and her colleagues have reported that nearly three in four teenagers say they were bullied online at least once during a recent 12-month period, and only one in 10 reported such cyber-bullying to parents or other adults; that nearly half of the sixth graders at two Los Angeles–area public schools said they were bullied by classmates during a five-day period; that middle school students who are bullied in school are likely to feel depressed, lonely and miserable, which in turn makes them more vulnerable to further bullying incidents; and that bullying is pervasive.

“Bullying is a problem that large numbers of kids confront on a daily basis at school; it’s not just an issue for the few unfortunate ones,” Juvonen has said. “Students reported feeling humiliated, anxious or disliking school on days when they reported incidents, which shows there is no such thing as ‘harmless’ name-calling or an ‘innocent’ punch.'”

Juvonen advises parents to talk with their children about bullying before it ever happens, to pay attention to changes in their children’s behavior and to take their concerns seriously.

Students who get bullied often have headaches, colds and other physical illnesses, as well as psychological problems.