Commentary in Nature: Can Economy Bear What Oil Prices Have in Store?

Stop wrangling over global warming and instead reduce fossil-fuel use for the sake of the global economy.

“Given our fossil-fuel dependent economies, this is more urgent and has a shorter time frame than global climate change,” says James W. Murray, UW professor of oceanography, who wrote the Nature commentary with David King, director of Oxford’s Smith School of Enterprise and the Environment.

The “tipping point” for oil supply appears to have occurred around 2005, says Murray, who compared world crude oil production with world prices going back to 1998. Before 2005, supply of regular crude oil was elastic and increased in response to price increases. Since then, production appears to have hit a wall at 75 million barrels per day in spite of price increases of 15 percent each year. 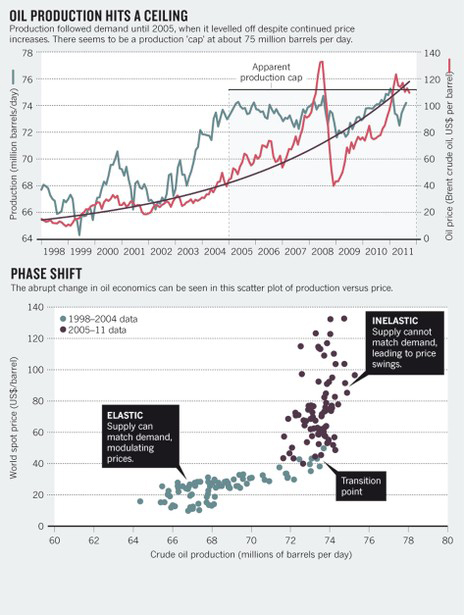 “As a result, prices swing wildly in response to small changes in demand,” the co-authors wrote. “Others have remarked on this step change in the economies of oil around the year 2005, but the point needs to be lodged more firmly in the minds of policy makers.”

For those who argue that oil reserves have been increasing, that more crude oil will be available in the future, the co-authors wrote: “The true volume of global proved reserves is clouded by secrecy; forecasts by state oil companies are not audited and appear to be exaggerated. More importantly, reserves often take 6 – 10 years to drill and develop before they become part of the supply, by which time older fields have become depleted.” Production at oil fields around the world is declining between 4.5 percent and 6.7 percent per year, they wrote. 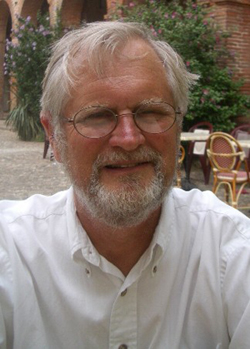 “For the economy, it’s production that matters, not how much oil might be in the ground,” Murray says. In the U.S., for example, production as a percentage of total reserves went from 9 percent to 6 percent in the last 30 years.

“We’ve already gotten the easy oil, the oil that can be produced cheaply,” he says. “It used to be we’d drill a well and the oil would flow out, now we have to go through all these complicated and expensive procedures to produce the oil.”

The same is true of alternative sources such as tar sands or “fracking” for shale gas, Murray says, where supplies may be exaggerated and production is expensive. Take the promise of shale gas and oil: A New York Times investigative piece last June reported that “the gas may not be as easy and cheap to extract from shale formations deep underground as the companies are saying, according to hundreds of industry e-mails and internal documents and an analysis of data from thousands of wells.”

Production at shale gas wells can drop 60 to 90 percent in the first year of operation, according to a world expert on shale gas who was one of the sources for the commentary piece. Murray and King built their commentary using data and information from more than 15 international and U.S. government reports, peer-reviewed journal articles, reports from groups such as the National Research Council and Brookings Institution and association findings.

Stagnant oil supplies and volatile prices take a toll on the world economy. Of the 11 recessions in the U.S. since World War II, ten were preceded by a spike in oil prices, the commentary noted.

“Historically, there has been a tight link between oil production and global economic growth,” the co-authors wrote. “If oil production can’t grow, the implication is that the economy can’t grow either.”

Calculations from the International Monetary Fund, for example, say that to achieve a 4 percent growth in the global economy in the next five years, oil production must increase about 3 percent a year.

“Yet to achieve that will require either an heroic increase in oil production, … increased efficiency of oil use, more energy-efficient growth or rapid substitution of other fuel sources,” according to the commentary. “Economists and politicians continually debate policies that will lead to a return to economic growth. But because they have failed to recognize that the high price of energy is a central problem, they haven’t identified the necessary solutions: weaning society off fossil fuel.”

The commentary concludes: “This will be a decades-long transformation and we need to start immediately. Emphasizing the short-term economic imperative from oil prices must be enough to push governments into action now.”