Commentary by Jo-Anne Hart: Will we have ISIS to thank for peace with Iran?

If there is any good news in the ISIS developments in Iraq, it is that the United States and Iran both want to see ISIS stopped and Iraq’s government stabilized. It’s possible, writes Jo-Anne Hart, that addressing the ISIS issue could lead to confidence-building between the United States and Iran. Hart is an adjunct professor of international studies at Brown University’s Watson Institute for International Studies.

While the recent military advance of ISIS (Islamic State in Iraq and Syria) in northern Iraq has stirred sudden concern — if not panic — in public commentaries in the United States, it is important to keep in mind several key points. 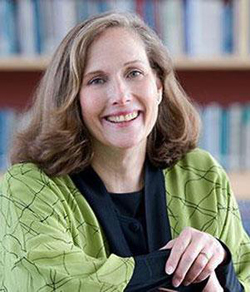 Jo-Anne Hart. “If outside military force could solve that [sectarian violence] problem, the U.S. occupation would already have done so. Returning U.S. forces to combat in Iraq cannot be helpful.”Image credit: Brown University

One is that ISIS is not popular: It is extremely brutal and radically fundamentalist. Most Sunnis are neither. Despite some short-lived overlapping participation in pluralist rebellion, ISIS will not draw widespread or sustained Sunni backing in Iraq. And because Baghdad is largely Shi’a, ISIS doesn’t have the military power or stamina to succeed in Iraq’s capital. If there is anything the United States has learned in more than a decade of fighting there, taking territory in Iraq is a far cry from controlling territory.

Second, the United States should not intervene with military power in Iraq. Doing so to begin with is a large part of why sectarian division and violence have so deeply scarred Iraq for the last 11 years. For the United States to get involved militarily would be to pour fuel on a fire we started. Furthermore, ISIS radicals are not a conventional army that drones or bombs could substantially stop. Instead, those would kill civilians and further alienate Iraqis.

The disintegration of Iraq has been a known danger of outside military intervention since the United States chose not to pursue its military advantage in Gulf War One, in the winter of 1991. Any student of 20th-century Iraq knows that the “nation” was created wholly for the purposes of British colonial domination and thus a deliberately uneasy amalgam of sects. Now in the 11 years since the United States did intervene to rid Iraq of its latest dictator, the violence has been nearly impossible to control. If outside military force could solve that problem, the U.S. occupation would already have done so. Returning U.S. forces to combat in Iraq cannot be helpful.

If there is any good news in this ISIS situation it is that the United States and Iran are on the same side of the issue: Both want to see ISIS stopped and the Shi’a-led government stabilized. Iran has announced its elite forces will help protect the Shi’a holy sites of Najaf and Kerbela in Iraq. Iran’s president also said that Iran would consider cooperation with American efforts to support the Iraqi government. Indeed, the United States and Iraq have begun discussions on their mutual interests in Iraq. There were bilateral meetings last week which are likely to continue this week within the context of the Vienna talks between Iran and the P5 (plus Germany) on resolving the suspected Iranian nuclear program. When the United States and Iran coordinated based on shared interests before, right after 911, Iran successfully cooperated with American military operations against the Taliban in Afghanistan in 2001.

In Iraq, the overlapping interests between Iran and the United States are to reduce sectarian warfare and to keep Iraq from spiraling apart. The common ground is that both want stability there and neither the United States or Iran want to get embroiled once again in a war there. Therefore coordination between Iran and the United States to help stabilize Iraq toward these ends makes a lot of sense. To be sure, a number of pundits are raising the specter of Iran gaining undo influence in Iraq. Juan Cole colorfully captured the best counterargument by saying that telling the Iraqi government to worry about Iranian influence is like telling Italy to worry about the power of the Vatican.

As good as it would be if Iran and the United States could find themselves on the same side in Iraq, however, there could be even better news. Acting on overlapping interests in Iraq also offers the chance for confidence building between the United States and Iran. Doing so would contribute to solving one of our most significant global security problems: the dispute over a potential Iranian nuclear program. Averting open warfare between the United States, Israel, and Iran is even more important than sectarian violence in Iraq. Indeed, if Iraq’s continued violence and disintegration is unavoidable, it will be all the more important for the United States to have begun to mend its hostile relations with Iran and for Iran to work within the international system. Peace could break out just where we need it and we might have ISIS to thank.