Coming To A Computer Near You: Google Apps For Education

It’s official. Yale is making the switch from its current email system to Google Apps for Education — a move that is expected to cut costs and free up resources, while expanding the features available to the Yale community.

“This will be a huge improvement for students, who will benefit not only from a better Web-based email client, but also from the entire suite of Google Apps for Education: Google Talk, Groups, Docs, Sites and Calendar,” says Chuck Powell, associate CIO for operations, support and services at Information Technology Services (ITS). He also noted that the switch means that ITS has one less commodity service to provide, which frees up time to work on more institutionally-important initiatives that outside vendors like Google can’t deliver.

ITS plans to move all students to the Google Apps service by the end of the next academic year. It also expects to migrate faculty and staff by the end of the 2012-2013 academic year. Some faculty and staff members with special circumstances — like those dealing with electronic protected health information (ePHI) — will most likely stay on a locally-hosted email system. 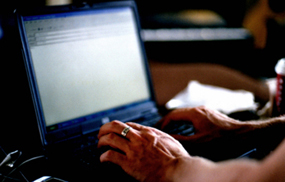 After the switch, most email will no longer be stored and accessed on Yale systems. Users will access their email via Google online interfaces that will be customized for Yale. Users can also use email clients like AppleMail and Thunderbird, as well as mobile devices like the iPhone and the BlackBerry. Yale will continue to provide NetIDs and email addresses (email “aliases”) following the form firstname.lastname@yale.edu. Google Apps for Education provides shared calendars, website publishing, voice and video chat services, as well as document and file storage.

An ITS Advisory Committee (ITSAC) was convened to study the issues surrounding the possible switch. In a memo recommending the switch to Provost Peter Salovey, ITSAC chair Julie Dorsey, professor of computer science, explained the reasoning behind the move:

“Email and other basic collaboration tools have become a commodity service. External vendors, such as Google, provide better functionality and services at a significantly lower cost than ITS can provide. This is especially true for the student population, which would benefit from the richer set of features Google offers. Moreover, the range of email and collaborative tools is powerful and rapidly expanding; outsourcing will make these tools available to the Yale community as they are developed, ensuring that our community is working with state-of-the-art tools.”

According to ITSAC, more than 53% of current students now forward their Yale email to a Google account. Other Ivies like Brown and Harvard have already outsourced email services. More than 200 institutions of higher education use Google Apps for Education.

When word got out last year that Yale was considering the move to Google, some members of the Yale community expressed concerns about the security and privacy of the service. “We have a contract with Google that we think takes good care of Yale’s privacy and security,” says Powell.

Google is providing this service to Yale free of charge. In the future, Google could charge for or stop providing the service with appropriate advance notice to Yale. Powell notes, however, that Google doesn’t have to provide the service for free for it to be more cost-effective than the current setup.