Some 140 participants and 30 visiting faculty from more than 45 countries arrived at Brown to take part in the Brown International Advanced Research Institutes (BIARI). The two-week program began June 11, 2012.

PROVIDENCE, R.I. [Brown University] — Some 140 participants and 30 visiting faculty from more than 45 countries arrived at Brown to take part in the Brown International Advanced Research Institutes (BIARI). Participants, who were chosen from a pool of more than 850 applicants, come from several countries, including Brazil, China, Nigeria, India, and Ethiopia.

The two-week program began Monday, June 11, 2012. Now in its fourth year, BIARI is centered around four two-week intensive institutes, convened concurrently by Brown faculty, in which participants and leading scholars in their fields share their research and develop new collaborative projects through sustained, high-level dialogue spanning disciplines and continents. This year’s institutes touched on global health and HIV/AIDS; theater and civil society; population and development; and climate change. 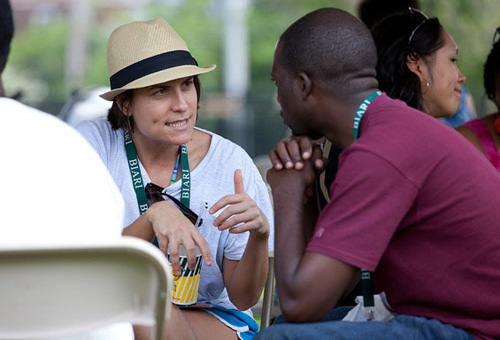 An international meeting of young minds Rebecca Hodes, deputy director of the Centre for Social Science Research’s AIDS and Society Research Unit at the University of Cape Town in South Africa, converses with a colleague during the BIARI Global Health Institute at Brown University. Image credit: Brown University

A sampling of research being conducted by this year’s participants:

Maria Cecelia Trannin is a professor at Laureate Universities in Rio de Janeiro, Brazil, and a participant in the Climate Change Institute. Trannin’s research focuses on Latin American students’ perception of climate change issues. In 2011, she conducted a survey titled “Students, Consumming and Environment,” which asked 1,250 students from private universities in Rio de Janeiro what they thought about environmental issues. She found that while many students say they care about the issues, many of them do not take action to combat these issues. She discussed ways to improve environmental awareness and protection in Latin America at BIARI.

Zheng Xie is a lecturer in the Department of Health Policy and Management at Peking University in China and a participant in the Global Health Institute. Xie is involved in the end-project evaluation for the China-Australia Integrated Health and HIV/AIDS Facility (CAHHF), which seeks to improve China’s capacity to halt and reverse the spread of HIV, protect its population against emerging infectious diseases, and strengthen its health systems. She would also like to examine whether there is a convergence in fertility desires and outcomes between men and women living with HIV/AIDS in Yunnan Province, China, which is the area of the country most affected by HIV/AIDS. 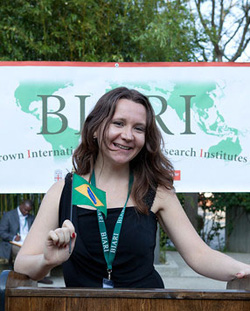 Sagar Sharma, an associate professor and chair of the Department of Development Studies at Kathamandu University in Nepal, participated in the Population and Development Institute. Sharma’s project, titled “Forced Migration and Rural Governance During and After the Armed Conflict in Nepal,” examined the effects of internal forced migration on local politics and governance of rural Nepal.

Junia Quiroga de Cuhan is the evaluation director for the Ministry of Social Development and the Fight Against Hunger in Brazil. She participated in the Population and Development Institute. Her work involves targeting a specific population — Brazilian quilombolas — to determine the efficacy of Brazil’s 2003 policy to eradicate malnutrition and hunger by providing the entire population access to at least three meals a day.

Ke Zhang, of China, is a postdoctoral research fellow in the Department of Geography at the University of Southampton, United Kingdom. A participant in the Climate Change Institute, Zhang is researching ways to improve the management of ecosystem services, which is essential to avoiding wide-scale ecosystem collapse and combating poverty.

Rebecca Hodes is the deputy director at the Centre for Social Science Research’s AIDS and Society Research Unit at the University of Cape Town in South Africa. Hodes, a participant in the Global Health Institute, is currently working on two different research projects. The first documents how a program called Beatit!, broadcast on South African public television, developed into one of the country’s most influential HIV awareness initiatives over its 12 years of broadcast. The second project explores how different interpretations of patient protection and the reproductive health needs of women informed the dismantling of apartheid’s extensive family planning service. It will document debates around the liberalization of abortion laws within the medical community and the ways in which debates around termination of pregnancy hinged on different conceptions of the physiological viability and humanity of the fetus. 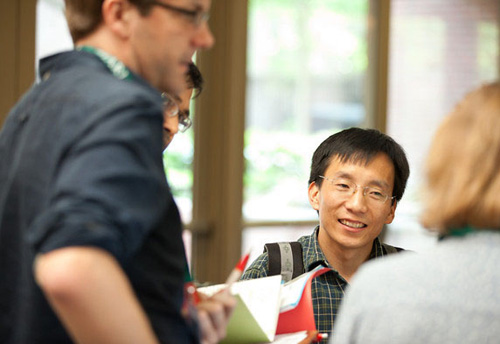 Anita Elizabeth Cherian is a fellow at the Indian Insitute of Advanced Study in Shimla, India, and a participant in the Theater and Civil Society Institute. Cherian’s research project, titled “Conjunctions: Performance and Politics in the Age of Management,” examines the role the arts play in furthering the ideals of nonviolence and civic debate in India, where many cities are seeing widepread public dissatisfaction with current politics. “Specifically, I am concerned with the conditions of production and articulation of political action and theatrical performance at a time when these are increasingly managed, mediatized entities,” Cherian writes.

Rukmini Sen is an assistant professor at the schools of Liberal Studies and Human Studies at Ambedkar University Delhi in New Delhi, India and a participant in the Theater and Civil Society Insitute. In her research project, titled “Protesting Women, Performing Women: Gendering Public Spaces and Transforming Languages,” Sen studies the culture of resistence among women in India. Specifically, she analyzes scripts, posters, and songs from the 1980s and 1990s to better understand the language of protest and how it was relevant to each time period, as well as how the language of performance acts as freedom of expression for the artists who created the materials.

Qing Hui Hou is a founding member of Grass Stage Theatre, a Shanghai-based performance group devoted to China’s new social theatre movement, the creation of nonprofit public space, and the formation of a new theatrical aesthetic. A Theater and Civil Society participant, Hou discusses the role of public space in theater with the hope of expanding her view of what public space really is. Hou performed her solo show for the institute, You & Me, which she created in 2009 and has performed more than 30 times in various Chinese cities. 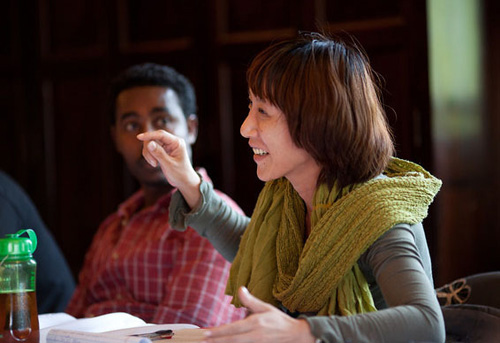 Barbara Willaarts is a postdoctoral fellow in agricultural engineering at the Botin Foundation & Technical University in Madrid, Spain, and a participant in the Climate Change Institute. She is researching the impact that climate change has had on the Spain’s water resources. Several water basins have seen a 10- to 20-percent decrease in available resources, while annual precipiation has decreased 2 to 8 percent over the last 60 years. Willaarts is also a lecturer in the Global Environmental Change master’s program at IE Business School in Madrid.