It is well-known that couples who live together are much more likely to end their relationships within a short-term period than are married couples.

But this new study takes a much longer view by considering relationships that last eight, 12 or even 24 years.  When you take this longer view, it turns out that cohabitation plays “a major role” in the total number of couples whose relationships last eight or more years, said Audrey Light, co-author of the study and professor of economics at The Ohio State University.

The reason is essentially a matter of sheer numbers, Light said. 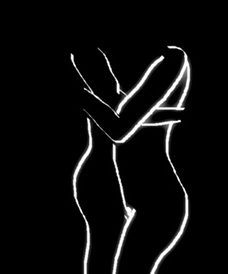 “Cohabiters are very common. There are so many couples that start out cohabiting, and enough of their relationships last that they end up making a significant contribution to the total number of long-term relationships,” she said.

Light noted that couples who start out cohabiting usually do end up marrying at some point if their relationship lasts eight or more years.  But the point is that cohabitation is the entry point for many more of these long-term unions than is commonly believed.

Light conducted the study with Yoshiaki Omori of Yokohama National University in Japan.  The results appeared in a recent issue of the journal Population Research and Policy Review.

The study found that a representative 18-year-old woman with no prior unions (defined as a marriage or cohabiting relationship) has a 16 percent chance of marrying by age 22 and remaining with her husband for at least 12 years.

But what happens if you also include the possibility of cohabitation?  In that case, the same woman has a 22 percent chance of marrying or cohabiting by age 22 and remaining with the same partner for at least 12 years.

In other words, adding cohabitation to marriage as a potential means of forming a relationship adds about 6 percentage points, or 36 percent, to the probability that she will form and maintain a long-term relationship, Light said.

Cohabitation plays an even larger role in long-term relationships for women as they get older and move on to second unions, Light said.

“As women get older, they are even more likely than younger people to live together before they get married,” Light said. “The same is true for those who are entering second unions.”

“Enough of these cohabiting unions do last that they end up making a huge contribution to the total number of lasting long-term relationships.”

Still, these results shouldn’t be used to offer advice to individuals about whether to cohabit or marry, Light said.

“We are just looking at the contribution cohabiting makes toward the overall number of long-term relationships,” she said.

“These results can’t be used to predict whether any individual couple would be better off cohabiting or marrying.”

The researchers used data from 2,761 women born 1960 to 1964 who participated in the 1979 National Longitudinal Survey of Youth.  These women were interviewed every one or two years beginning in 1979 through 2008.  The NLSY79 is conducted by Ohio State’s Center for Human Resource Research for the U.S. Bureau of Labor Statistics.

The research also examined whether public policy had any effect on encouraging women to form and maintain long-term unions, as some policymakers have hoped.  The answer was no.

“Our findings suggest that incentives provided by tax policy, divorce law and welfare benefits are unlikely to have an important effect on women’s decisions to enter and maintain unions,” Light said.

The research was funded by grants from the National Science Foundation and the Japan Society for the Promotion of Science.