In many ways, the spread of HIV has been fueled by substance abuse. Shared needles and drug users’ high-risk sexual behaviors are just some of the ways that narcotics such as cocaine have played a key role in the AIDS epidemic in much of the world.

There is, however, relatively little research into how drugs can impact the body’s defenses against the virus. But a new UCLA study published in the October issue of the Journal of Leukocyte Biology examines how cocaine affects a unique population of immune cells called quiescent CD4 T cells, which are resistant to the virus that causes AIDS.

The results: Cocaine makes the cells susceptible to infection with HIV, causing both significant infection and new production of the virus.

“The surprising result was that the changes cocaine induced on these cells were very minimal, yet they were sufficient to fuel infection,” said the study’s senior author, Dimitrios Vatakis, an assistant professor of medicine in the division of hematology–oncology at the David Geffen School of Medicine at UCLA. “We found that cocaine mediates its effects directly, inducing minimal changes in the physiology of these cells and utilizing the same pathways it uses to target the brain.” 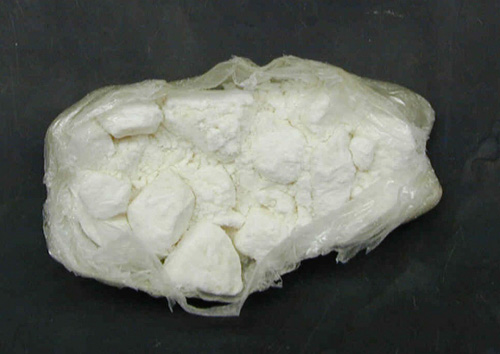 For the yearlong in vitro study, the researchers collected blood from healthy human donors and isolated quiescent CD4 T cells. They exposed the cells to cocaine, then infected them with HIV. They harvested the samples over different time points to trace the cells’ susceptibility to infection at different stages of HIV’s life cycle, comparing the infected cells with untreated cells.

They found that a three-day exposure to cocaine made the cells more susceptible to HIV infection by stimulating two receptors in the cells, called σ1 and D4. The findings suggest that cocaine use increases the pool of T cells in the human body that can become infected by the virus.

The researchers caution that, as with all in vitro studies, the results may be skewed. Also, they based their research on an acute — that is, brief — cocaine-exposure setup; by contrast, typical drug users are chronic users who take the narcotic over an extended period. The researchers do, however, have data from animal models that support and strengthen their observations.

“We have shown that cocaine modulates the permissiveness of quiescent cells to HIV,” the researchers concluded. “The potential for cocaine to augment the pool of HIV target cells with a commensurate increase in the viral reservoir has significant implications for HIV seropositive individuals who abuse or use stimulants such as cocaine.”

The next stage in the research will be to more closely examine the means by which cocaine makes these once-resistant cells susceptible to infection and if the drug does indeed lead to a higher viral reservoir. The researchers also will use humanized mouse models to study how drug abuse affects HIV infection as well as the efficacy of highly active antiretroviral therapy (HAART).