Climate change: fast out of the gate, slow to the finish

Washington, D.C.— A great deal of research has focused on the amount of global warming resulting from increased greenhouse gas concentrations. But there has been relatively little study of the pace of the change following these increases. A new study by Carnegie’s Ken Caldeira and Nathan Myhrvold of Intellectual Ventures concludes that about half of the warming occurs within the first 10 years after an instantaneous step increase in atmospheric CO2 concentration, but about one-quarter of the warming occurs more than a century after the step increase. Their work is published in Environmental Research Letters.

The study was the result of an unusual collaboration of a climate scientist, Ken Caldeira, who contributed to the recently published Intergovernmental Panel on Climate Change report, and Nathan Myhrvold, the founder and CEO of a technology corporation, Intellectual Ventures LLC. It is the third paper on which they have collaborated.

The study brings together results from the majority of the world’s leading climate models. Caldeira and Myhrvold analyzed more than 50 climate simulations, which were performed using 20 different climate models for the Climate Model Intercomparison Project, Phase 5 (CMIP5).

They found a fairly high degree of consensus on the general character of the pace of climate change. In response to an instantaneous increase in greenhouse gas emissions, climate change is fast out of the starting gate but then slows down, and takes a long time to approach the finish line. 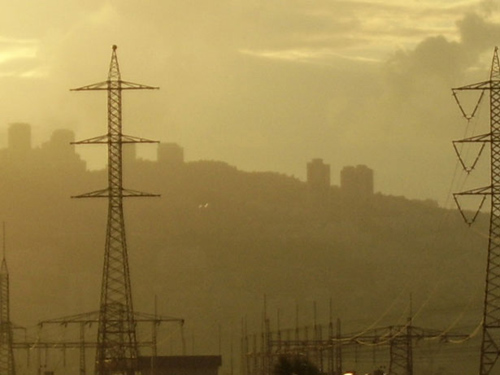 There is also substantial uncertainty in the ultimate amount of warming that would result from any given increase in atmospheric CO2 content. The most sensitive model predicts more than twice as much warming as the least-sensitive model.

“While there is substantial uncertainty in both the pace of change and the ultimate amounts of warming following an increase in greenhouse gas concentration,” Caldeira said, “there is little uncertainty in the basic outlook. If we continue increasing atmospheric CO2 concentrations with emissions from the burning of coal, oil, and gas, the Earth will continue to get hotter. If we want the Earth to stop getting hotter, we have to stop building things with smokestacks and tailpipes that emit CO2 into the atmosphere.”