Civil War Troops Fought the Weather 150 Years Ago During Battle

COLUMBIA, Mo. ­— One hundred fifty years ago, two armies battled each other and the weather in Missouri’s first significant Civil War battle.  While the battle’s course is familiar to historians, virtually no scientific data exists about the atmospheric conditions that influenced the fighting. In a project that blends history, sleuthing and modern weather analysis, Tony Lupo, professor and chair of the Department of Atmospheric Sciences at the University of Missouri, and Mike Madden, a meteorology student, have scientifically examined the heavy rains that hampered the union forces, eventually leading to a costly defeat. 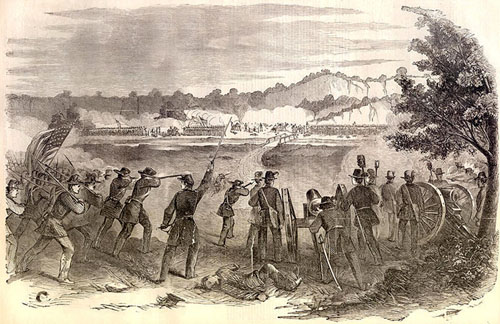 Union commander Franz Siegel was leading a Union force of about 1,100 soldiers from southwest Missouri and was in search of the governor and his troops. Learning of the Confederate encampment north of Carthage, Siegel marched toward the city. Image credit: University of Missouri

Lupo and Madden studied weather conditions during the Battle of Carthage, Mo., which took place on July 5, 1861. A Confederate force, delayed by heavy rain and wet gunpowder, was expecting an attack from the north.  However, the Confederates encountered, attacked and routed a smaller Union force approaching from the southwest.  The engagement set the stage for two later battles that would determine if Missouri stayed in the Union. 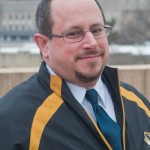 Tony Lupo is a professor and chair of the Department of Atmospheric Sciences at MU. He says heavy thunderstorms played a role during one civil war battle. . Image credit: University of Missouri

“One of the potential reasons for the Confederate victory was because thunderstorms had stalled a larger union force coming from Boonville in the north,” Lupo said. “After a recent victory, Captain Nathaniel Lyon, commanding Union troops, planned to vacate Boonville with his larger and more experienced force by June 26 to pursue the Confederates. However, heavy rains created supply problems that stalled his efforts.  On June 29, the rain continued to pour, again pushing back Lyon’s departure.  As a result, Lyon was unable to begin his campaign.”

The retreating Confederates fared no better and ran into a “blinding” thunderstorm on July 3, hindering their ability to move or organize.  “Torrential rains wreaked havoc with every attempt to train and drill the troops,” a contemporary report reads.  “Much of our gunpowder was soaked by the rain.”

Meanwhile, Franz Siegel was leading another Union force of about 1,100 soldiers from southwest Missouri and was in search of the governor and his troops. Learning of the Confederate encampment north of Carthage, Siegel marched toward the city.  The two armies met about 12 miles from Carthage at Coon Creek. More than 150 troops perished on both sides before the union commander called a retreat. 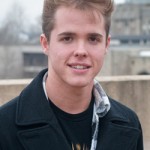 Because no detailed weather maps exist from the era, Lupo and Madden employed analog forecasting — a part of modern atmospheric science technique that constructs, or reconstructs, weather conditions by taking available existing data and matching it to historical patterns. This technique is used for today; forecasting weather at sea where radar doesn’t reach and satellites can’t measure surface temperature under clouds.

A larger Union force was unable to move into southern Missouri because of heavy storms, thus leading to a Union defeat near Carthage. Image credit: University of Missouri

With this data, Lupo and Madden created likely weather maps and radar plots during the Battle of Carthage.  While the weather analysis doesn’t change any aspects of the battle, it is one more piece for historians and military analysts to ponder when researching this part of the Civil War, Lupo said.

Thunderstorms played a large role in one battle during the civil war, which lead to a Union defeat. Image credit: University of Missouri