China and the Internet

The Internet is affecting every facet of Chinese life and shaping public opinion, according to Sanjiu Yan, the guest speaker at the inaugural China Forum, held Friday, Oct. 26, at the University of Delaware.

Yan, a former journalist who is now the dean of the College of Communication at East China Normal University in Shanghai, presented the first talk in the China Forum, a new monthly lecture series hosted by the Confucius Institute at UD.

According to Yan, China has “numbers beyond imagination” in Internet usage, with an estimated 538 million Internet users, including 380 million accessing the Internet on mobile devices.

“The future of the mobile Internet is in China,” Yan noted. “Mobile phones have overtaken computers to become the most popular means of access, even for the ordinary Chinese farmer.” 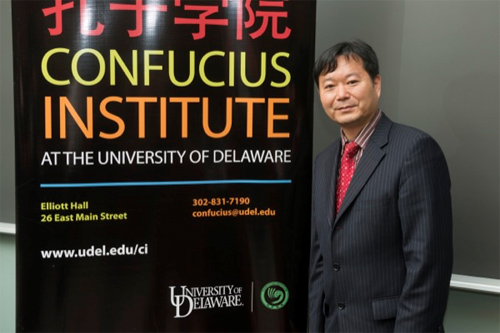 Sanjiu Yan, dean of the College of Communication at East China Normal University in Shanghai, presented the first talk in the inaugural China Forum, a monthly lecture series hosted by the Confucius Institute at UD. Photo by Evan Krape

“These days, there is a saying in China: ‘Did you Weibo today?’” Yan said.

China’s “netizens” live primarily in urban areas (72.9 percent); more men (55 percent) than women (45 percent) currently are Internet users; and Shanghai is the country’s most connected city. The largest user base is in the 20-29 age group, with instant messaging, search engine access, and Internet banking and shopping the most popular activities. 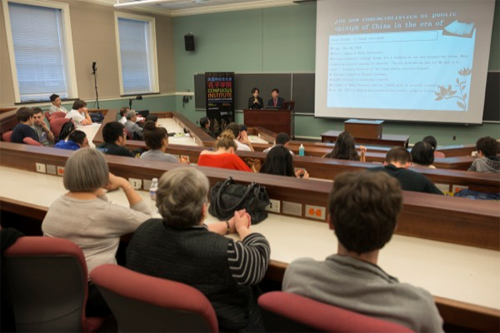 The rapid development of the Internet has created new challenges in a nation where information routinely has been censored by the government. The Internet has decentralized and deregulated the media, making governmental control more difficult. Social tensions have arisen, and the gap between rich and poor has widened, Yan said.

However, important benefits also have been achieved, Yan said, especially in the Internet’s role as a watchdog. Yan told of Li Qiming, who was driving while drunk and hit two university students, one of whom died. When the police came to investigate, he shouted, “My father is Li Gang,” expecting that his father’s position as deputy director of the local public security bureau would give him immunity. The public was outraged, and one blogger even began a poetry contest that invited the public to submit poems online that included this catch phrase for irresponsibility. In the end, Li Qiming was sentenced to six years in prison.

Noting that the Internet is a “double-edged knife,” Yan pointed out that there are problems with “lots of false information being posted to the Internet” because anyone can say anything anonymously, whether about an earthquake, nuclear pollution or other topic, inciting public panic.

And there have been cases of Internet violence, Yan said, citing the story of a young woman who curtailed her university education to go home and help her mother who had cancer. Internet users saw this “poor young woman” wearing major fashion brands and thought her story was a ploy for the $50,000 in donations she had received.

As it turns out, the young woman had been given the clothing, and her mother did have cancer and needed an operation. A public committee was established to manage the donations for her mother’s care. However, the mother died before she could have the operation; the committee was still to be established. 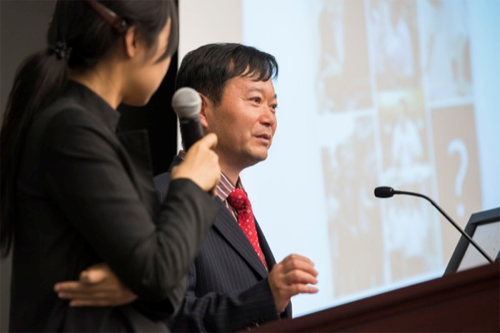 Students, faculty and the public turned out for the talk in Gore Hall. Photo by Evan Krape

How do we avoid the negative side of the Internet? Yan offered his suggestions, aimed at three key groups:

“The Internet has changed the whole atmosphere of public opinion in China,” Yan said. “It is also changing the trajectory of China. This development process is actually painful. Some people and organizations have paid the price, but it leads to the development of a society.”