Changes in language and word use reflect our shifting values, UCLA psychologist reports

A new UCLA analysis of words used in more than 1.5 million American and British books published between 1800 and 2000 shows how our cultural values have changed.

The increase or decrease in the use of certain words over the past two centuries — a period marked by growing urbanization, greater reliance on technology and the widespread availability of formal education — reveals how human psychology has evolved in response to major historical shifts, said Patricia Greenfield, a distinguished professor of psychology at UCLA and the author of the study.

For instance, the words “choose” and “get” rose significantly in frequency between 1800 and 2000, while “obliged” and “give” decreased significantly over these two centuries. “Choose” and “get” indicate “the individualism and materialistic values that are adaptive in wealthier urban settings,” while “obliged” and “give” “reflect the social responsibilities that are adaptive in rural settings,” Greenfield said. 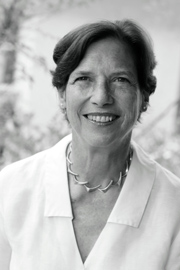 Usage of “get” declined between 1940 and the 1960s before rising again in the 1970s, perhaps reflecting a decline in self-interest during World War II and the civil rights movement, she noted.

Greenfield also observed a gradual rise in the use of “feel” and a decline in the use of “act,” suggesting a turn toward inner mental life and away from outward behavior. She found a growing focus on the self, with the use of “child,” “unique,” “individual” and “self” all increasing from 1800 to 2000.

Over the two centuries, the importance of obedience to authority, social relationships and religion in everyday life seems to have waned, as reflected in the decline of “obedience,” “authority,” “belong” and “pray.”

“This research shows that there has been a two-century–long historical shift toward individualistic psychological functioning adapted to an urban environment and away from psychological functioning adapted to a rural environment,” Greenfield said. “The currently discussed rise in individualism is not something recent but has been going on for centuries as we moved from a predominantly rural, low-tech society to a predominantly urban, high-tech society.”

For her research, which appears Aug. 8 in the online edition of the journal Psychological Science (with print publication to follow), Greenfield used Google’s Ngram Viewer, a publicly available tool that can count word frequencies in a million books in a matter of seconds. The Google Books database comprises a wide variety of books, including novels, non-fiction publications and textbooks.

To assess culture-wide psychological change, Greenfield examined the frequencies of specific words in approximately 1,160,000 books published in the United States.

Drawing on her theory of social change and human development, she hypothesized that the usage of specific words would wax and wane as a reflection of psychological adaptation to sociocultural change. The data supported her hypothesis.

The same patterns in word usage also emerged in approximately 350,000 books published in the United Kingdom over the last 200 years. She was able to replicate all findings using synonyms for each target word in the both the U.S. and U.K. books.

“These replications indicate that the underlying concepts, not just word frequencies, have been changing in importance over historical time,” Greenfield said.

Empirically testing hypotheses about psychological adaptation to long-term cultural change on the scale of centuries would not have been possible as recently as a decade ago, she said.

– By Anna Mikulak and UCLA Newsroom