COLUMBIA, Mo. — For nearly a century, the only bears known to reside in Missouri were on the state flag or in captivity. Unregulated hunting and habitat loss had wiped out most black bears in Missouri, Arkansas and Oklahoma by the 1920s. Now, thanks to a reintroduction program in Arkansas during the 50s and 60s, hundreds of bears amble through the forests of southern Missouri, according to a joint study by University of Missouri, Mississippi State University, and Missouri Department of Conservation biologists, who warn that although the bear population is still small, outdoor recreationists and homeowners should take precautions in the Ozark forest to avoid attracting bears.

“Black bears normally do not attack humans, but they will ransack picnic baskets, tear through garbage bags or even enter buildings looking for food,” said Lori Eggert, associate professor of biological sciences in MU’s College of Arts and Science. “Although some Missourians may be concerned, the return of black bears to Missouri is actually a good sign. It means parts of the state’s forests are returning to a healthy biological balance after nearly two centuries of intensive logging and exploitation.” 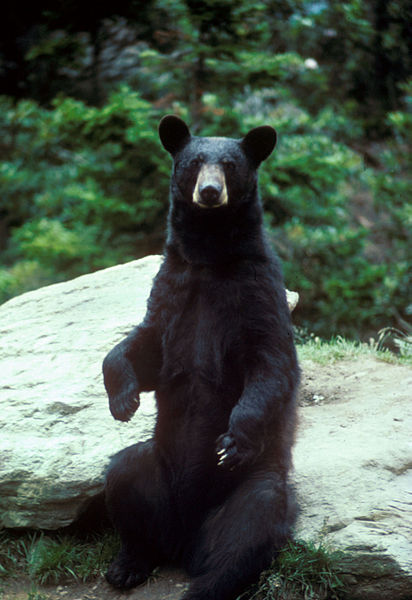 The black bear, Ursus americanus, has returned to Missouri, according to Lori Eggert, associate professor of biological sciences in the University of Missouri’s College of Arts and Science Image credit: Mike Bender/U.S. Fish and Wildlife Service

Eggert and her colleagues used the genetic fingerprints of bears in Missouri to trace their origin back to Arkansas, where thousands of bears now roam. The majority of these animals appear to be descendents of bears originally reintroduced to the region from populations in Minnesota and Manitoba, Canada. Surprisingly, some of the Missouri bears analyzed by Eggert’s team had genetic signatures that suggested they were not descended from the northern bears. Further testing may prove that a tiny population of bears managed to survive unnoticed in the Ozark wilderness after the rest of the region’s population had died out. 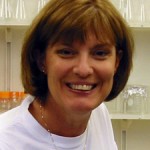 “The larger the gene pool of bears in the region, the healthier the population will be as it recovers,” said Eggert. “If they do indeed exist, these remnant populations of black bears may serve as valuable reservoirs of genetic diversity.”

The Journal of Mammalogy published the study, “Origins and Genetic Structure of Black Bears in the Interior Highlands of North America.” Lead author Kaitlyn Faires initiated the study while she was an undergraduate at MU.

The Missouri Department of Conservation’s website provides information on how to avoid conflicts with bears in Missouri.