Biodiversity Loss: Detrimental to Your Health

*Infectious diseases on the rise as species disappear*

Plant and animal extinctions are detrimental to your health.

That’s the conclusion of a paper published in this week’s issue of the journal Nature by scientists who studied the link between biodiversity and infectious diseases.

Species loss in ecosystems such as forests and fields results in increases in pathogens, or disease-causing organisms, the researchers found. 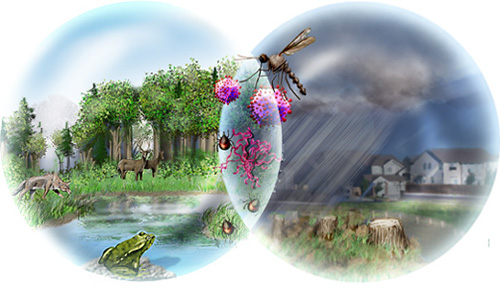 The research was funded by the National Science Foundation (NSF)-National Institutes of Health (NIH) Ecology of Infectious Diseases (EID) Program.

The NSF contribution to the EID Program is supported primarily by its Directorates for Biological Sciences and Geosciences; at NIH, by the Fogarty International Center.

The research was also funded by the Environmental Protection Agency.

“Global change is accelerating, bringing with it a host of unintended consequences,” says Sam Scheiner, EID program director at NSF. “This paper demonstrates the dangers of global change, showing that species extinctions may lead to increases in disease incidence for humans, other animals and plants.”

“A better understanding of the role of environmental change in disease emergence and transmission is key to enabling both prediction and control of many infectious diseases,” says Josh Rosenthal, EID program director at NIH. “This thoughtful analysis is an important contribution toward those goals.” 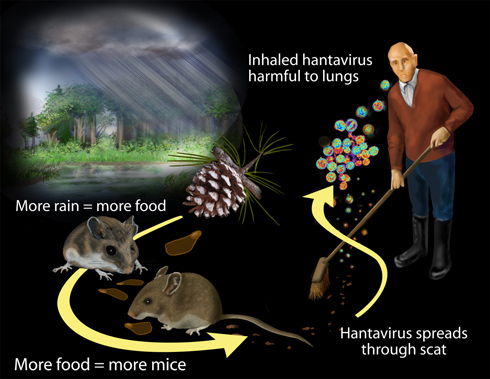 The species most likely to disappear as biodiversity declines are often those that buffer infectious disease transmission.

Those that remain tend to be the ones that magnify the transmission of infectious diseases like West Nile virus, Lyme disease and hantavirus.

“We knew of specific cases like West Nile virus and hantavirus in which declines in biodiversity increase the incidence of disease,” says Felicia Keesing, an ecologist at Bard College in Annandale, N.Y., and first author of the paper.

“But we’ve learned that the pattern is much more general: biodiversity loss tends to increase pathogen transmission and infectious disease.”

The finding holds true for various types of pathogens–viruses, bacteria, fungi–and for many hosts, whether humans, other animals or plants.

“When a clinical trial of a drug shows that it works,” says Keesing, “the trial is halted so the drug can be made available. In a similar way, the protective effect of biodiversity is clear enough that we need to begin implementing policies to preserve it now.”

Global biodiversity has declined at an unprecedented pace since the 1950s. Current extinction rates are estimated at 100 to 1,000 times higher than in past epochs, and are projected to rise dramatically in the next 50 years. 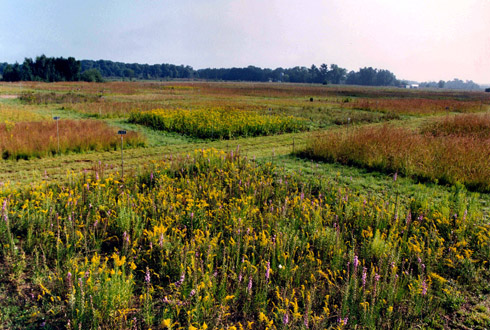 Expanding human populations are already increasing contact with novel pathogens through activities such as land-clearing for agriculture, and hunting for wildlife.

For example, in the case of Lyme disease, says co-author Richard Ostfeld of the Cary Institute of Ecosystem Studies in Millbrook, N.Y., “strongly buffering species like the opossum are lost when forests are fragmented, but white-footed mice thrive.

“The mice increase numbers of both the blacklegged tick vector [transmission pathway] and the pathogen that causes Lyme disease.”

Scientists don’t yet know, Ostfeld says, why the most resilient species–“the last ones standing when biodiversity is lost”–are the ones that also amplify pathogens.

Preserving natural habitats, the authors argue, is the best way to prevent this effect.

Biodiversity is an important factor, as are land-use change–converting forest to agricultural land–and human population growth and behavior, he says. “When biological diversity declines, and contact with humans increases, you have a perfect recipe for infectious disease.”

The authors call for careful monitoring of areas in which large numbers of domesticated animals are raised.

“That would reduce the likelihood of an infectious disease jumping from wildlife to livestock, then to humans,” says Keesing.

For humans and other species to remain healthy, it will take more than a village. We need an entire planet, the scientists say, one with its biodiversity thriving.