MINNEAPOLIS / ST. PAUL — New research from the University of Minnesota’s Carlson School of Management suggests learning how to stop enjoying unhealthy food sooner may play a pivotal role in combating America’s obesity problem. The research, published in the Journal of Consumer Research, explores how satiation, defined as the drop in liking during repeated consumption, can be a positive mechanism when it lowers the desire for unhealthy foods.

“When people talk about self-control, they really imply that self-control is willpower and that some people have it and others don’t when facing a tempting treat,” says Joseph Redden, an assistant professor of marketing at the Carlson School and lead author of the ‘Healthy Satiation: The Role of Decreasing Desire in Effective Self-Control.’ “In reality, nearly everyone likes these treats. Some people just stop enjoying them faster and for them it’s easier to say no.” 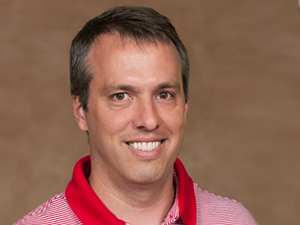 Through a series of experiments, Redden and Texas A&M University assistant professor of marketing Kelly Haws discovered that when people with high self-control eat unhealthy foods they become satisfied with the experience faster than when they are eating healthy foods and thus eat less. In one study, the researchers asked participants to monitor themselves as they ate by counting how many times they swallowed. With this subtle clue to the amount eaten, those with low self-control became satisfied at a faster rate. Redden said they were surprised at how easy it was to recreate self-control – just using a baseball pitch counter made low self-control people act like they had high self-control.

“People can essentially use attention for how much they are consuming instead of relying on self-control,” Redden says. “Really paying a lot more attention to the quantity will lead people to feel satiated faster and eat less.”

About the Carlson School of Management

Established in 1919 and based in the Twin Cities of Minneapolis and St. Paul, the Carlson School of Management at the University of Minnesota is a recognized leader in business education and research. Its focus on experiential learning, international education and maintaining strong ties to the business community exemplify the school’s commitment to excellence. More information about the school can be found at www.carlsonschool.umn.edu.