When eight cities and five provinces in China were asked by the central government to develop a plan to become “low carbon,” many had no idea what to do. Some planted trees. Others decided to build up a solar panel industry. One city even thought about building a lake to be more “green.” Local government leaders were at a loss as to how to reduce their carbon emissions.

In 2008, China’s National Development and Reform Commission (NDRC) and the U.S. Department of Energy (DOE) initiated a joint effort to address energy and environmental challenges facing urban centers in both countries. Lawrence Berkeley National Laboratory’s China Energy Group was tasked by DOE to identify and recommend best practices, tools and technologies. With nearly 25 years experience analyzing energy use in China, the China Energy Group has tailored a variety of resources to help local Chinese officials turn government mandates into practical how-to guides for understanding their energy usage and reducing their carbon dioxide emissions.

“Some cities have spent a lot of money planting expensive trees, or scaling up their renewable technology manufacturing industry, which is quite energy intensive,” said Nan Zhou, the Group’s deputy director. “They’re all doing things and spending money. We want to make sure they’re doing the right things so they don’t waste their money. This is the first step to really becoming a low-carbon city.” 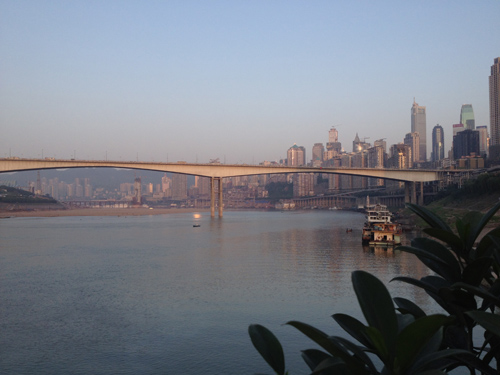 China is home to some of the world's largest cities (including Chongqing, pictured here). They are expected to grow even larger as more and more people leave the countryside. (Photos by Nan Zhou)

China is urbanizing at an astounding rate. More than 350 million rural dwellers are expected to become urbanites in the next 15 years. “That’s one completely new San Francisco every three weeks,” said Lynn Price, director of the China Energy Group. “The need for so much new urban infrastructure in China provides a significant opportunity to implement low-carbon, sustainable urban design approaches. If this opportunity is missed now, the resulting inefficient, higher-carbon development will be locked in for decades.” 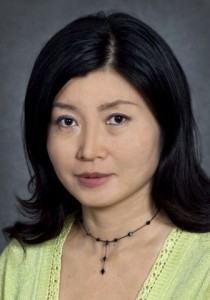 As the world’s largest emitter of greenhouse gases, China has committed to reducing its carbon dioxide intensity (CO2 per unit of GDP) by 40 to 45 percent by 2020 from a 2005 baseline. And in its 12th Five-Year Plan, it set a goal of reducing carbon intensity by 17 percent between 2011 and 2015 from a 2010 baseline. In an effort to meet these goals, China has launched an assortment of government programs to reduce carbon emissions in urban areas. Chinese cities present important opportunities and challenges due to their booming population growth and high levels of industrial activity.

“China has several programs, such as the Low Carbon Eco City initiated by the Ministry of Housing and Urban and Rural Development, the Low Carbon City pilot of NDRC, another one by the Ministry of Environmental Protection called EcoCity, and the New Energy City by the National Energy Administration,” Zhou said. “So we were asked to review these programs. We found no commonalities among them.”

In addition to its DOE-directed work, Zhou’s team is supported by the San Francisco-based Energy Foundation to implement NDRC’s Low-Carbon City pilot program. “Cities were asked to come up with a low carbon plan with little guidance or methodology,” Zhou said. “Everybody struggled.”

Zhou and her group developed a tool to help cities evaluate their current status based on a broad spectrum of indicators that go beyond carbon emissions—indicators such as air quality, water quality, noise, social health and land use. “The idea of Eco City is much more expansive than Low Carbon City,” she said. “It’s primarily based on saving energy in materials, but also providing a comfortable living environment for modern urbanites.”

By providing benchmarks for each indicator, a city can see where they stand compared to other cities. “For example, say you’re Shanghai, so you enter your data, such as carbon intensity per capita or energy consumption per square footage in various sectors,” said Zhou. “Then you’ll see indicator values for other cities in China and the world. That will show where you have the most potential to reduce emissions.” 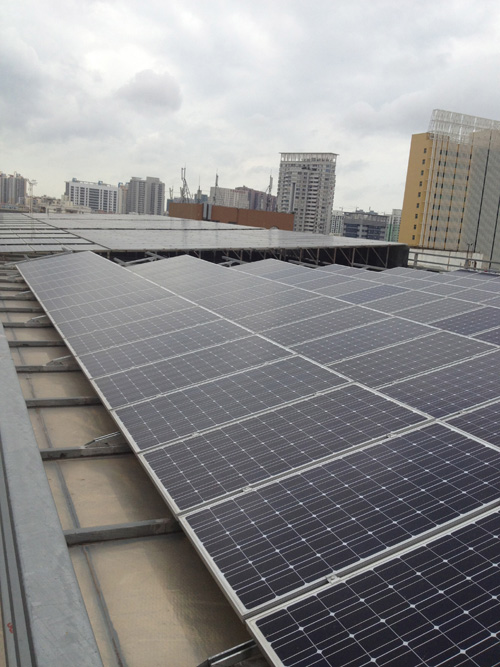 This year, the China Energy Group is giving cities a way to prioritize carbon-reduction measures so they can make the largest impact for the lowest cost. Possible remediation measures range from switching to energy-saving bulbs to mandating minimum efficiency levels in government buildings and vehicles.

The researchers went to China and conducted a dozen trainings with approximately 200 Chinese officials. “They found it pretty interesting,” Zhou said. Such efforts can prime the Chinese market for U.S. exports, so DOE-funded projects include coordination with the U.S. Department of Commerce and others to facilitate the introduction of U.S. technology and services providers.

“China is urbanizing so quickly and average per capita incomes are rising, so people expect much more from their urban environments,” Zhou said. “We not only have the opportunity to reform existing cities, but there’s also a dramatic need for completely greenfield development. The China of 2025 is going to look dramatically different from the China of today.”