Despite the wide-held perception that Christians have become more concerned about the environment, new research finds this so-called “greening of Christianity” is not evident among the religious rank-and-file.

According to the Michigan State University-led study, Christians report lower levels of environmental concern than non-Christians and non-religious individuals. More than 75 percent of Americans are affiliated with a Christian denomination.

“The results suggest this presumed greening of Christianity has not yet translated into a significant increase in pro-environmental attitudes, beliefs and behaviors of everyday Christians in the United States,” said Aaron M. McCright, associate professor in MSU’s Lyman Briggs College and Department of Sociology. 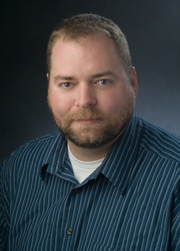 McCright co-authored the study with John M. Clements from MSU and Chenyang Xiao from American University. The findings appear online in the research journal Organization & Environment.

Historically, some scholars have argued that Western Christianity – with its claim of human dominion over the Earth – is at odds with environmentalism.

But during the past 20 years, some Christian leaders and organizations have begun to promote earth-friendly values and activities. Many Catholic parishes, for example, adopted the “Earth Charter” requiring a reduction in their use of energy and resources, while Southern Baptist, Evangelical and other Christian groups also have launched campaigns to protect the environment.

But the message doesn’t appear to be getting through to the average Christian, McCright said.

He and his colleagues analyzed the national survey data of 1,430 people who were asked in 2010 about their religious beliefs and environmental beliefs and actions. The results were similar to those of past decades – that Christians are less pro-environmental than non-Christians and non-religious individuals.

This doesn’t mean a greening of rank-and-file Christians won’t occur in the future, McCright said.

“If the greening trend among Christian leaders and organizations deepens and broadens, we expect to eventually see a measurable shift in the general public as well,” he said.