In 2020, a new-generation Mars rover will land on the Red Planet and gather much more detailed data than Curiosity, which is on Mars now. NASA revealed details about the new rover at a news conference Tuesday, July 9, 2013. Brown University’s Jack Mustard chaired the Mars 2020 Science Definition Team.

PROVIDENCE, R.I. [Brown University] — NASA unveiled details about a new rover proposed to land on the surface of Mars in 2020. The details came in the form of a 154-page document prepared by the Mars 2020 Science Definition Team, which was tasked with recommending scientific objectives of the mission.

The team recommended that NASA build a rover that could look for signs of past life, collect samples for possible future return to Earth, and demonstrate technology for future human exploration of the Red Planet.

Jack Mustard, professor of geological sciences at Brown, is chair of the Science Definition Team. He talked with Kevin Stacey about how he and his team are working to shape the 2020 mission. 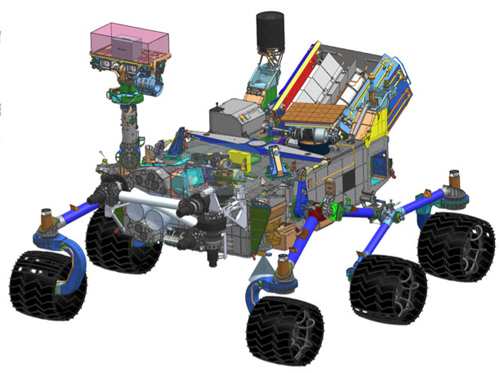 A second-generation rover Curiosity, the rover that’s on Mars now, demonstrated a landing system that can deliver a rover on Mars that’s ready to go. The new rover, for landing in 2020, will do much more, including collecting samples for eventual return to Earth. Image credit: NASA

I’m the chair of the Science Definition Team. Our role is to take a set of questions and objectives that were given to us by NASA and put the flesh on them, to build it up to a mission concept. So we’re answering the question of what a rover should look like that could complete that set of objectives. We’ve delivered those recommendations to NASA, which will now start to form the mission around them.

It’s been an incredibly rewarding process partly because of all the exceptional scientists and engineers who have been brought together by NASA to work on this. It’s a group that covers a broad range of planetary science, and they’ve brought every ounce of their creativity and passion to this mission.

Could you tell us more about the team’s recommendations? 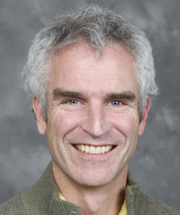 Jack Mustard. “It will probably be 15 or 20 years from now when those samples get here. So the person who may discover or confirm past life on Mars … may not be out of high school yet.” Image credit: Brown University

We’re recommending a set of tools that can more thoroughly explore sites of astrobiological importance — meaning places where we can look for possible signatures of past life. Specifically, we’re recommending that part of the instrument suite have the capability to measure the presence and characteristics of carbon compounds that may exist on Mars. That’s a big deal in trying to understand if there are any signs of past life on the planet.

We also want a rover with the capability to create a collection of rocks, selected on the basis of careful measurements, that will be put in a canister and could be returned to Earth at a future date. Returning a sample from Mars is something we’ve talked about for 20 years, and this is laying the groundwork to make that happen. It’s important that this rover have the capability to carefully analyze rocks on the ground so we know we’re returning rocks that are going to provide us with the kind of data we’re looking for.

We’re also recommending equipment that can support future robotic and human exploration of Mars. We worked closely with NASA’s human spaceflight and technology groups. Those groups would like to see experiments that look at whether resources on Mars — in the atmosphere or the rocks — could be used as fuel or other components of future missions. It’s possible that in future missions we wouldn’t have to bring everything we need with us. We might be able to manufacture things on the planet. So in that way, we’re looking at this as a way to cut the tether with Earth and facilitate future exploration of space. That’s a really exciting additional component to this.

How will this rover differ from the Curiosity rover that’s on Mars now?

Curiosity has laid the foundation for how this rover in 2020 could operate. It demonstrated a landing system with exceptional capacity to put a rover on Mars that’s ready to go from the day it lands. It’s also taught us how to do detailed measurements on a capable rover in an efficient manner.

We’re recommending a rover that includes much of what Curiosity has done so well, and takes it to another level. Curiosity found evidence that the surface of Mars was habitable at some point, which was a phenomenally important find. Now we want a rover that can look for actual signs of those inhabitants. To do that we need to understand the context and distribution of rocks and minerals on the surface. Curiosity is currently giving us a kind of close-up view, but we don’t get to see much of the context. This new rover will fill in the bigger picture. That’s incredibly important in the effort to look for signs of life.

What’s the most exciting thing about this mission to you?

Beyond our immediate science objectives, this mission is really setting up a legacy for the next generation of students and scientists. If we’re able to collect samples that are eventually brought back to Earth, they’ll be studied at an intense level for many years. And it will probably be 15 or 20 years from now when those samples get here. So the person who may discover or confirm past life on Mars, I believe, may not be out of high school yet. I think that’s an amazing and inspiring legacy from this mission.