Ancient Alteration of Seawater Chemistry Linked With Past Climate Change

Scientists have discovered a potential cause of Earth’s “icehouse climate” cooling trend of the past 45 million years. It has everything to do with the chemistry of the world’s oceans.

“Seawater chemistry is characterized by long phases of stability, which are interrupted by short intervals of rapid change,” says geoscientist Ulrich Wortmann of the University of Toronto, lead author of a paper reporting the results and published this week in the journal Science.

“We’ve established a new framework that helps us better interpret evolutionary trends and climate change over long periods of time. The study focuses on the past 130 million years, but similar interactions have likely occurred through the past 500 million years.”

Wortmann and co-author Adina Paytan of the University of California Santa Cruz point to the collision between India and Eurasia approximately 50 million years ago as one example of an interval of rapid change. 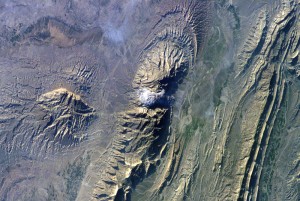 This collision enhanced dissolution of the most extensive belt of water-soluble gypsum on Earth, stretching from Oman to Pakistan and well into western India. Remnants of the collision are exposed in the Zagros Mountains in western Iran.

The dissolution or creation of such massive gypsum deposits changes the sulfate content of the ocean, say the scientists, affecting the amount of sulfate aerosols in the atmosphere and thus climate.

“When India and Eurasia collided, it caused dissolution of ancient salt deposits, which resulted in drastic changes in seawater chemistry.”

That may have led to the end of the Eocene epoch–the warmest period of the modern-day Cenozoic era–and the transition from a greenhouse to an icehouse climate. “It culminated in the beginning of the rapid expansion of the Antarctic ice sheet,” says Paytan. 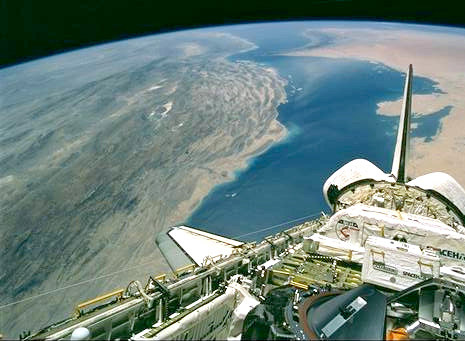 “Abrupt changes in seawater composition are a new twist in our understanding of the links among ocean chemistry, plate tectonics, climate and evolution,” says Candace Major, program director in NSF’s Division of Ocean Sciences.

To make the discovery, the researchers combined past seawater sulfur composition data collected by Paytan with Wortmann’s recent discovery of the strong link between marine sulfate concentrations and carbon and phosphorus cycling.

They found that seawater sulfate reflects huge changes in the accumulation and weathering of gypsum, which is the mineral form of hydrated calcium sulfate. 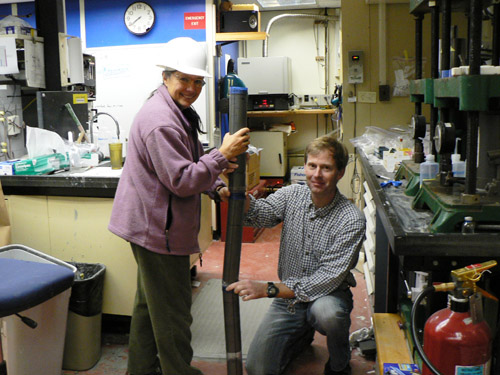 “While it’s been known for a long time that gypsum deposits can be formed and destroyed rapidly, the effect of these processes on seawater chemistry has been overlooked,” says Wortmann.

“The idea represents a paradigm shift in our understanding of how ocean chemistry changes over time, and how these changes are linked with climate.”

Data used in the research were collected aboard the ocean drillship JOIDES Resolution and through the Integrated Ocean Drilling Program (IODP).

IODP is an international research program dedicated to advancing scientific understanding of the Earth through drilling, coring and monitoring the subseafloor.

The JOIDES Resolution is a scientific research vessel managed by the U.S. Implementing Organization of IODP. Texas A&M University, Lamont-Doherty Earth Observatory of Columbia University and the Consortium for Ocean Leadership comprise the implementing organization. 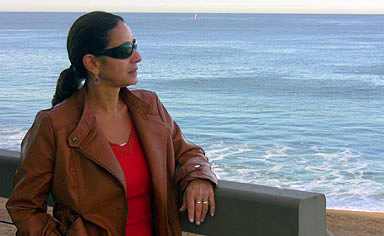 Additional program support comes from the European Consortium for Ocean Research Drilling, the Australia-New Zealand IODP Consortium, India’s Ministry of Earth Sciences, the People’s Republic of China’s Ministry of Science and Technology, and the Korea Institute of Geoscience and Mineral Resources.