COLUMBIA, Mo. ­— Online advertising has become prevalent in the past five years, and social media sites, such as Facebook, have played a major role. Now, a study at the University of Missouri School of Journalism has developed a method that could help advertisers target online audiences easier by knowing their personality types.

Using a new personality scale, researchers determine how people with certain personality types use social media websites. Heather Shoenberger, a doctoral student in the MU School of Journalism, found that those individuals who liked high-risk activity tended to update their status, upload photos and interact with friends frequently. Simultaneously, those individuals who were more reserved tended to merely scroll through Facebook’s “news feed”, and did not upload photos or actively engage with their friends frequently. 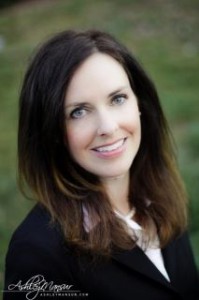 Heather Shoenberger is a doctoral student in the MU School of Journalism. Image credit: University of Missouri

“The scale that we used is called the Mini-Motivation Activation Measure, or Mini-MAM, scale,” Shoenberger said. “Using this scale, we were able to find a trend in the patterns of how people with certain personality types use social media. I believe this could really help advertisers and certain types of media groups target potential customers with particular ads on social media sites. For example, if a company wants to target a population for a high-risk activity, they should try to determine who is active on Facebook posting pictures and updating their status frequently.”

In her study, Shoenberger surveyed people about their use on Facebook and then asked them to take the Mini-MAM test to determine their personality type. Those who leaned toward high-risk activities were labeled as “appetitive,” while those who were more reserved in their activities were labeled as “aversive.” She found that both personality types used Facebook frequently, but she found significant differences in how they use the social media site.

“If you’re highly “appetitive” or lean toward high-risk activities, you’re more likely to want engage with media that are more exciting, whereas those who are higher in the “aversive” trait tend to enjoy safer and more predictable media experiences,” Shoenberger said. “Identifying these individuals using the motivation activation measure can give advertisers an advantage over their competitors and bring some order to online advertising.”

Shoenberger’s study was presented at the International Communication Association Conference in Phoenix this summer.