Adolescents Under Pressure to Speak ‘Properly’

As adolescents transition to adulthood, the pressure to meet adult expectations – such as speaking properly – may be greater than expected, according to a new study by a Michigan State University researcher.

Suzanne Evans Wagner, assistant professor of linguistics in the College of Arts and Letters, has proven for the first time that language changes with age in addition to community pressures. And, surprisingly, college and post-high school ambitions play a huge role.

“It seems as if in high school, students who want to go to a good college are the ones who early on begin to dial back their use of nonstandard language,” Wagner said. “And the ones who have no aspirations to leave their local community, or who have no particular aspirations to raise their social class, are the people who have no obvious social incentives to change the way they speak.”

Wagner’s study, published in the journal Language Variation and Change, is based on the language trends of a group of 16- to 19-year-old females from Philadelphia. She measured how often they used “ing” vs. “in” in words such as “runnin” vs. “running” from their high school senior year into their college freshman year. 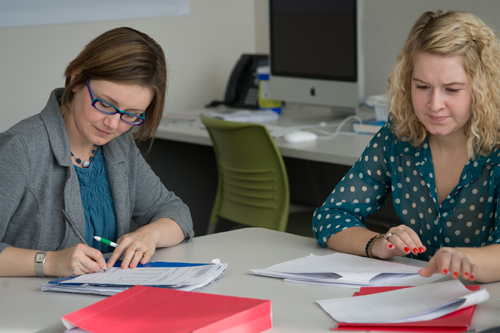 Wagner found the students who attended or planned to attend a national research institution increased their use of the more socially acceptable “ing” pronunciation – rather than “in” – the most. Those who attended a community college, a liberal arts college or a regional small school showed only a slight increase in the use of “ing,” if at all.

That’s because students who attend major research institutions, which attract students from around the country, will find a happy speech medium that’s acceptable to society, Wagner said. But in a regional or a two-year college, most students are drawn from the local area and often feel pressured to sound, and remain, local.

Since social status is usually defined by occupational prestige, it’s difficult to use that to gauge language variations of students, Wagner said. But college choice is the next best bet.

“When you track people across their lives ­– even if it’s only a short space in between – as long as that time frame involves a lot of upheaval, it seems you really can see linguistic change,” she said.

And those jobless boomerang kids who move home after college? Some of her subjects have returned home, and Wagner hopes to find out if they’ve adjusted their speech to once again sound local and whether that affects employment. 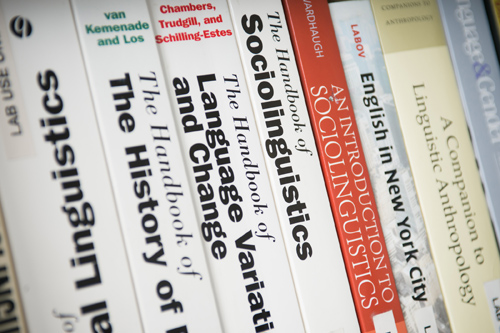