Using a video game system to get exercise at home can help patients overcome one of cancer’s most common and cumbersome symptoms: severe, persistent fatigue.

Michigan State University’s Amy Hoffman and colleagues showed in an earlier study that the Nintendo Wii system was a safe and effective source of light-intensity exercise for patients with non-small cell lung cancer in the first six weeks after surgery.

Now they report in the journal Cancer Nursing that all of the patients were willing to continue the rehab another 10 weeks, their fatigue decreased over time and they felt increasingly confident in their ability to perform daily tasks.

“We’ve ignored this population, and they need our help,” said Hoffman, assistant professor in MSU’s College of Nursing. “Our preliminary results have us excited about the future for rehabilitating a population that people may have thought was too sick to exercise.”

“This is a key step toward establishing a clear rehab plan,” Hoffman said. “The Wii has made exercise fun for patients, which is important since many have multiple symptoms that normally would keep them from even considering exercise. Having the Wii available in their homes has made it very accessible so they can exercise whenever they like and at their own pace.” 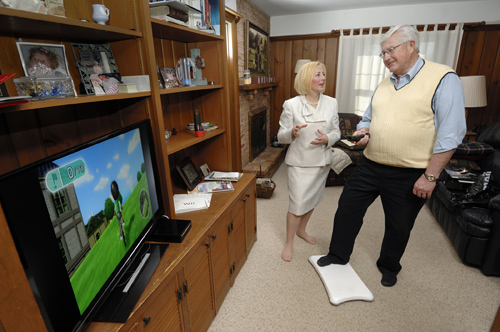 It may sound like a minor symptom of a serious disease, but cancer-related fatigue is far more than being tired. Patients say it’s an overwhelming feeling of full-body exhaustion that disrupts daily life and doesn’t go away after a good night’s sleep.

“It’s one of the worst symptoms of cancer,” Hoffman said. “Their fatigue exacerbates other symptoms such as pain, distress, shortness of breath and sleep disturbance while also affecting their mood, walking ability, relations with other people and enjoyment of life.”

Hoffman said the study, which had seven patients, will need to be repeated at a larger scale before researchers can draw clear conclusions about the program’s success. However, she said it’s encouraging that it was effective for patients who not only had undergone surgery, but who also were receiving radiation or chemotherapy and had on average six other chronic conditions such as chronic lung disease, high blood pressure, heart disease and arthritis.

“We’ve shown that it’s a safe and feasible rehabilitation plan,” Hoffman said. “We can recruit and retain patients, and they like it.” 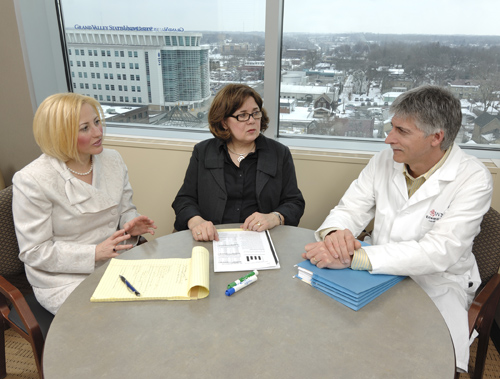