A New Vision of Democratic Individualism in ‘Awakening to Race’

Jack Turner, UW assistant professor of political science, is the author of “Awakening to Race: Individualism and Social Consciousness in America,” published this month by University of Chicago Press. He answered a few questions about his book for UW Today.

What’s the central concept behind “Awakening to Race”?

In part, it means confronting the worst aspects of ourselves and our lives. Being awake to reality in the United States means confronting the ways America’s history of slavery, Jim Crow and white supremacy still shapes the present — the opportunities we have or we lack, the confidence we have in ourselves or fail to have in others, the ways our chances for success are still color coded.

If we’re white, we’re more likely to have good chances. This is the ugly reality. The book explores what it means to confront this reality honestly. 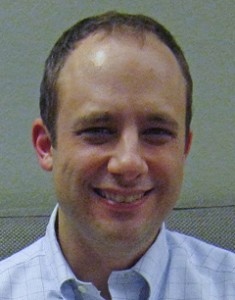 You write that the book “recalibrates … the idiom of self-reliant individualism to address concerns about inequality in opportunities for self-development.” Can you explain?

Black-white wealth inequality is largely traceable to discriminatory lending practices by the Federal Housing Administration (FHA) during the mid-20th century. Starting during the New Deal, the federal government underwrote home mortgages so that families could buy a home with only 10 percent down as opposed to 33 to 50 percent down.

The problem, however, was that virtually all of the loans went to white families. The FHA refused to back loans for homes in minority neighborhoods. Even after the FHA changed its policy, it continued to “redline” neighborhoods that they perceived to be “an investment risk”—“investment risk” being code for nonwhite or even integrated areas. When housing prices tripled in the ’70s and ’80s, white families benefited disproportionately from the upsurge in home equity. This contributed immensely to the large wealth gap we see today. 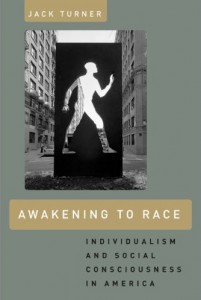 As for how to address it, we need massive capital investments in our inner cities. We need to build infrastructure, attract manufacturing, improve property values, and facilitate home and business ownership among nonwhite individuals and families. The goal should be to correct the wealth gap within one generation.

You say while Ralph Waldo Emerson and Henry David Thoreau are important to understanding democratic individualism, they are “not the only indispensable figures.” You suggest greater attention to the work of African-American democratic individualists such as Frederick Douglass, Ralph Ellison and James Baldwin. Why these three?

Each contributes something different to our understanding. Douglass is probably the greatest model of self-uplift in American history: He escaped slavery to become the most important anti-slavery activist of the 19th century, yet he emphasized how society has to guarantee every citizen an economic minimum for self-uplift to be possible.

Ellison taught us to be awake to the ways we often elevate ourselves by degrading others, and encouraged us to take the harder but nobler route of defining ourselves in ways that still honors others’ equality.

Baldwin radically redefined personal responsibility: Personal responsibility for him meant not simply taking care of oneself and one’s own, but paying attention to others, thinking about what we owe them, and working to build a society that recognizes the creative potential of everyone and shows indifference to no one.