A gene for new species is discovered

A University of Utah-led study identified a long-sought “hybrid inviability gene” responsible for dead or infertile offspring when two species of fruit flies mate with each other. The discovery sheds light on the genetic and molecular process leading to formation of new species, and may provide clues to how cancer develops.

“We knew for decades that something like this gene ought to exist, and our approach finally allowed us to identify it,” says biologist Nitin Phadnis, principal author of the study published today in the journal Science.

The definition of a species is that it cannot breed successfully with another species, so “to understand speciation is to understand how these reproductive barriers evolved,” he says. “You call them new species when there are barriers that prevent them from breeding with each other. Identifying these genes and uncovering the molecular basis of hybrid sterility or death is key to understanding how new species evolve and remains one of the big and longstanding questions in biology since Darwin.” 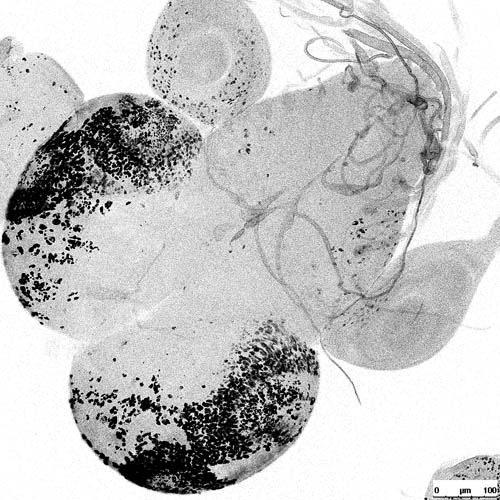 A big surprise is that the gene that makes fruit fly hybrids inviable – named gfzf – is a “cell cycle-regulation gene” or “cell cycle-checkpoint gene” normally involved in stopping cell division and replication if defects are detected. But when mutated and disabled in the new study, the gene allowed the survival of male hybrids of the two fruit fly species.

The gfzf gene evolves quickly, which is what biologists expect from hybrid inviability genes. But it also was a surprise since cell cycle-checkpoint genes usually evolve slowly because they are “conserved” genes essential in most organisms.

That and the discovery that gfzf causes death or infertility in fruit fly hybrids “is really important in cancer biology,” Phadnis says. “Cancer biologists are interested in cell cycle checkpoints because you can get cancer when those go bad [and cells proliferate uncontrolled]. Biologists want to understand the machinery. This work shows that some of those components in the cell cycle policing machinery may be quickly changing.” 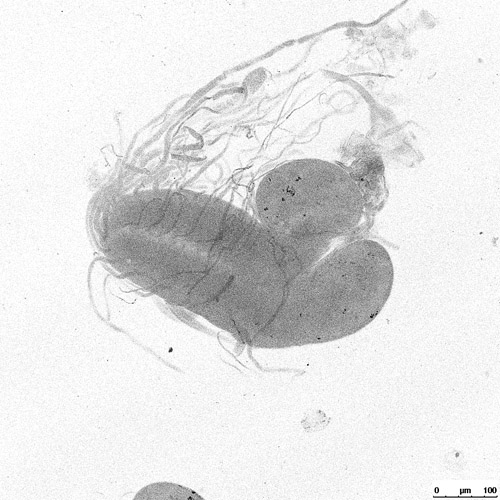 Phadnis and colleagues had to overcome several technical obstacles to identity gfzf as the speciation gene, and he speculates that using similar techniques could show “that this sort of process may prove to be important in many other species.”

A tale of two fruit flies

The new study involved two closely related species of fruit flies found worldwide: Drosophila melanogaster and Drosophila simulans. Phadnis says both fruit fly species have been around a couple million years. Phadnis says the new study “successfully solves one of the most celebrated cases in speciation genetics,” namely, why hybrid offspring of the two species are not viable.

Geneticists have sought fruit fly inviability genes ever since 1910, when they first noted hybrids between the two species were dead, Phadnis says.

During the past decade, other scientists identified and implicated two other genes that play a role in causing dead or infertile offspring when the two fruit fly species mate: a D. simulans gene named Lhr (lethal hybrid rescue) and a D. melanogaster gene named Hmr (hybrid male rescue). If either gene is absent, hybrid males survive. But evidence indicated a third, unknown gene also was required to make hybrids dead or sterile. 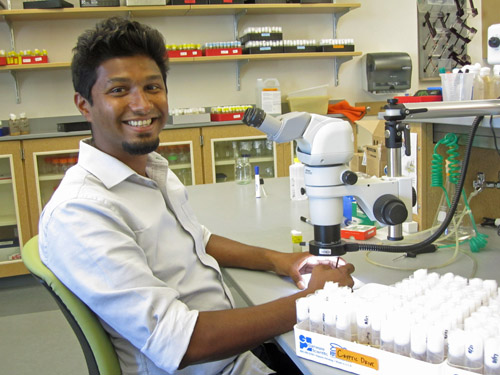 Phadnis says new species evolve when two populations of one species become separated – usually geographically – and then “something changes in their genome such that when they previously used to be compatible, now their hybrids are dysfunctional.”

He says it is extremely difficult to identify hybrid inviability genes. Genetics usually involves breeding to identify genes responsible for a particular function or malfunction. But if hybrids are dead or infertile, that doesn’t work.

In addition, genetic research tools were designed for D. melanogaster – the fruit flies used in genetics experiments – not for D. simulans, which earlier research indicated carries the newly identified gene. Finally, there is no naturally occurring mutant of the newly identified hybrid inviability gene to isolate and identify in natural fly populations.

So “we figured out a way to sidestep traditional barriers” by reversing hybrid incompatibilities between the two fruit fly species and using next-generation sequencing of their genetic blueprints, Phadnis says.

The resulting offspring included 300,000 hybrid females – which were sterile but alive – and only 32 living male hybrids, also sterile. Only six of the live male hybrids were alive due to a mutation that disabled the yet-unidentified hybrid inviability gene, so the other 26 weren’t analyzed.

In what Phadnis calls “a surprisingly clean result,” the researchers found only a single D. simulans fruit fly gene was mutant in all six live hybrid males: a gene on the third chromosome named gfzf. Thus, the gfzf gene from D. simulans is the hybrid inviability gene that normally helps kill hybrid males but allows them to live when silenced by a mutation.

Researchers don’t yet know the gfzf gene’s normal role at a molecular level, but Phadnis plans to study that next. He also plans to investigate whether there are more genes involved in inviability of offspring when the two fruit fly species mate.

Why would a gene that makes hybrids inviable exist? Shouldn’t natural selection eliminate it over time? Phadnis says such genes are selected for some other characteristic – researchers don’t yet know what – and “the hybrid’s death is an accidental consequence of that evolution.”

Phadnis speculates gfzf may be favored by natural selection because it helps control so-called jumping genes, which can disrupt essential genes to create disease-causing mutations.

Why is it important to learn how one species can become two new species?

“Even when we are little kids, one of the first things we discover about the world is the tremendous number and diversity of species on Earth,” Phadnis says. “Speciation is the engine producing that diversity. So understanding speciation has been a longstanding problem, even before the days of Darwin. Now, we finally are able to use technology in creative ways to solve such old, longstanding problems.”

Phadnis conducted the study with University of Utah postdoctoral fellow Kimberly Frizzell and doctoral student Jacob Cooper; technicians Emily Baker and Aida de la Cruz, of the Fred Hutchinson Cancer Research Center in Seattle; and professors Jay Shendure and Harmit Malik, genetics doctoral student Jacob Kitzman and undergraduate Emily Hsieh of the University of Washington. Kitzman now is a professor at University of Michigan. Phadnis began the study as a postdoctoral fellow in Malik’s laboratory, and then completed it during the last two years at Utah.