Kipman claims the name was coincidence, but he could be forgiven for making the connection, having led the development team that spent several years building Kinect. Sitting in the darkened arena, he reflected on the journey that began with a question: Can we make technology disappear?

“People haven’t realized that technology is actually luring them away from humanity,” said Kipman, now a general manager of hardware incubation in the Interactive Entertainment Business unit at Microsoft. “They have started to disappear into their devices, real life is passing them by and they don’t even know it! This marks the dawn of a new era, and it’s the key to getting us back to the human path. Allowing people to do what we do best; create, collaborate, play and love. People will once again enjoy the life that breathes all around them.”

Although a boyish 32, Kipman has now led three major innovations at Microsoft and recently received the company’s highest technical honor, the Technical Recognition Award for Outstanding Technical Leadership. The award citation called out not just his technical chops but the determination he brought to the Kinect project that many saw as a seemingly impossible challenge. 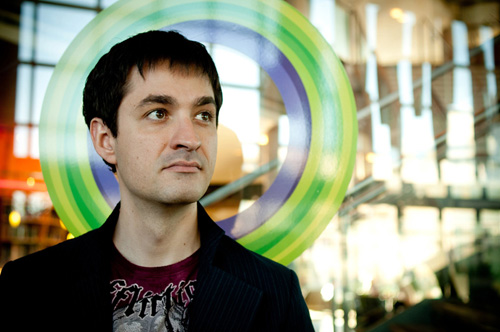 It’s something he’s done his entire career. Peter Loforte, general manager of Engineering Excellence, has worked with Kipman since he joined Microsoft in 2001. He’s watched as Kipman took his enthusiasm, vision and apparent lack of a need for sleep to deliver on the toughest of projects.

“Alex has a certain naiveté about what’s not possible,” Loforte said. “Through his persistence, his passion and his positive attitude, he’s been able to make things happen that many thought were impossible.”

For Kipman, Kinect was an exhilarating journey but only the first step toward making technology disappear. He believes the computing industry is well on its way toward that vision, and he’s helping pursue it with the same determination and curiosity that has defined his life since he fell in love with the magic of software as a young boy.

“The reason I fell in love with this art form is because the only thing that holds you back is lack of imagination,” he said. “In physics there are laws you can’t bend. But in software, you can bend anything. So nothing is impossible.”

From Breaking Ataris to Sleepless Student

Kipman was born in Curitiba, Brazil, roughly 1,000 kilometers south of Sao Paulo. His father is a diplomat who moved around the world and brought his family along. As a child, Kipman constantly had to adjust to new countries, cultures and languages. 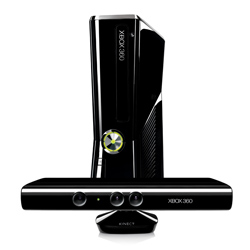 Xbox 360 and Kinect. After a record-breaking launch for Kinect for Xbox 360, as of February 2012 worldwide sales for Kinect sensors had topped 18 million. Image credit: Microsoft

At a young age he discovered a few things didn’t change, though. “All around you physics and math remain the same. Ones and zeros don’t change as you move around the world,” he said. “So as the world around me changed massively, I kind of reverted back to my inner shell and took pleasure in knowing that math, physics and programming remained the same.”

Kipman says to this day he remains a fairly reclusive, introspective guy. But his passion for math and physics – his constants – helped nudge him toward a career path he first discovered at the tender age of five.

It all started when he broke his new Atari 2600.

His father had bought one for the family, and Kipman instantly fell in love with the idea of being able to move things around on his TV screen. A curious child, he wanted to figure out how it worked. He broke it instead.

His parents were forgiving enough to buy him another one. They told him not to futz with it, but he couldn’t resist. And so he broke his second Atari 2600.

After months of begging, his parents finally bought yet another console.

Kipman was hooked. “After five or six years passed and I could get a ‘hello, world’ to show up on the screen, it was the most delicious and intoxicating thing that had ever happened to me,” he said. “I knew then that is what I wanted to do for the rest of my life. If I could be lucky enough to get someone to pay me that would be a bonus, but I was stuck with this art form for as long as I lived.”

After Kipman graduated from high school, he opted to attend Rochester Institute of Technology, which offered him a full scholarship. But a full ride, mind you, does not mean an easy one, at least not the way Kipman approached it.

By his senior year in college, Kipman essentially had three full-time jobs – all in different cities. He would start his day in New York City, where he was helping to merge Chase Bank and J.P. Morgans’ banking systems and take them online. Around 1 p.m. he would catch a flight to Boston and RSA Security, the premier algorithmic security agency in the world. He did research until 8 or 9 at night, when he would fly to Rochester to work on his senior project. He tinkered with it until 4 or 5 in the morning, took a quick shower, then hopped back on a plane to New York.

He logged three hours of sleep a day – one hour for each of his flights. “To this day I’m like Pavlov’s dog – I walk onto an airplane and immediately fall asleep, and there’s no waking me up.” 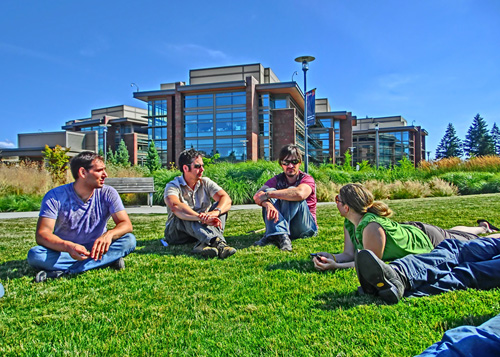 He expected to keep up the routine after he graduated. Then out of the blue Microsoft called. Some people in the company had read his research on virtual machines, and wanted to talk to Kipman about a job.

Up until that point, Kipman had never been exposed to Windows or any Microsoft technology. The academic world revolved around UNIX, and his consulting work dealt with Oracle.

Even though he wasn’t interested in the job, he thought a free trip to Seattle would be nice and so he went. Right away he was impressed. “You come to the Microsoft campus after mainly dealing with bankers and crazy scientists and it boggles the mind,” he said. He thought the campus was beautiful.

Kipman was humbled by the interview process. “I left that interview thinking these people are way smarter and more passionate and just off-the-charts creative. What do I need to do to make them want to give me a job?”

Kipman got a job offer, which he accepted on the spot. He then delicately called his girlfriend (now wife), who was still settling into the apartment they had just bought in New York, to tell her they were moving to Seattle.

“I can counsel on what not to do in a relationship. I’m a bit wiser in my ways today.”

Kipman had initially dismissed Microsoft because they weren’t working on virtual machines, his main area of interest. (A virtual machine, or VM, is software that executes programs just like a physical piece of hardware. The advantage is the ability to run multiple virtual machines on a single physical server, with each VM sharing the resources of its physical host.) But the team that interviewed him was building one: .NET.

From MSBuild to a New Version of Windows

Then one day Kipman received a call from Loforte, who at the time ran the Tablet PC group at Microsoft. He invited Kipman to lunch to pick his brain about something going on in the Windows world.

Before Windows Vista, the consumer and enterprise versions of Windows were separate by design. But Loforte foresaw that more and more people would want to use their laptops at home and at the office.

“When we started thinking about it, we saw that perhaps there was an opportunity for another version of Windows that had every enterprise feature, every end-user consumer feature, every technical enthusiast feature – basically the kitchen sink that would satisfy the needs of highly passionate, tech-focused individuals who wanted the best possible computing experience at home,” Loforte said. “When I thought who would be the target of this version of Windows, the first person I thought of was Alex. He’s the consummate business professional but also a hardcore gamer and Windows user at home, so it seemed like he had the right mentality and passion to bring those worlds together.”

It seemed like another “impossible project.” But Kipman thought it could be done.

So he put together a small incubation team and set out to bring down the walls between the enterprise and consumer releases of Windows. The result was Windows Vista Ultimate, a successful and popular version of the operating system that combined all the features of the Home Premium and Enterprise editions.

Today, Kinect for Xbox 360 is a certified hit, with sales topping more than 18 million units, and the “Kinect Effect” is pushing the technology into areas such as health care and education.

But it wasn’t a foregone conclusion when Kipman, now the general manager of incubation at Microsoft’s Interactive Entertainment Business, started work on what was then known as Project Natal, named for a Brazilian town where his family summered. Jaron Lanier, now a partner architect in the company’s eXtreme Computing group, has studied motion tracking and depth mapping for years. When he first met Kipman to discuss joining the Project Natal team, he was blown away by “this fiendishly enthusiastic guy” who said Microsoft would ship a controller-less gaming device. “I’m like, are you serious? You’re actually going to ship that?”

Kipman’s enthusiasm convinced Lanier, who decided he had to be a part of the effort. Over several years of incubation, Kipman used that passion to convince the company to make a bet on Kinect. This time, it wasn’t a project that some dubbed impossible but a vision.

As technology becomes more sophisticated, it also becomes more complicated, Kipman said. That’s OK for a small percentage of the population, but for most people technology can seem overwhelming.

“So the question became, can we create an inflection point in the industry where we change that momentum and switch it around? Can we make technology disappear?”

That question was the job description for the Kinect team, all of whom were equal parts scientist, engineer and artist, Kipman said. They had to be. The challenge was staggering: they needed to write software that would let the depth camera account for 1023 – that’s a 10 with 23 zeros – spatial variables at any moment.

“Working on Kinect was probably the most emotionally intense, life-and-death fearsome interaction to make something happen,” Lanier said. “Without the conflagration of all these people who cared so intensely, with Alex at the head, Kinect probably wouldn’t have happened.”

The result was a revolution of input: Take away the controller, and you remove the barrier between you the machine.

“Kinect is an inflection point in that journey,” he said. “It’s the first step in making technology disappear – and the start of a shift that will put our industry on a more human path.”