2013 Summer Could be Similar to Last Summer, MU Researcher Says

Farmers should prepare for possible drought conditions through July

COLUMBIA, Mo. – Last summer, the Midwest experienced one of the hottest and driest summers on record. While a few rain showers have occurred across the Midwest the past few weeks, it appears that the region is in for another dry summer. A University of Missouri researcher says that an opposing weather pattern could bring more favorable weather conditions to the Midwest, but won’t be here until after this summer.

“I believe the Midwest is going to enter a state of neutrality — neither extremely wet nor extremely dry — this summer rather than experiencing cooler weather,” said Tony Lupo, professor and chair of the Department of Soil, Environmental and Atmospheric Sciences at MU. “While the La Niña weather pattern has faded, it hasn’t been fully replaced by the much cooler and wetter weather pattern of El Niño.”

La Niña is a weather pattern that directs the jet stream from the Pacific on a northeastern path over Canada. Rain-producing storms follow the jet stream, leaving states in the central and south-central U.S. dry. 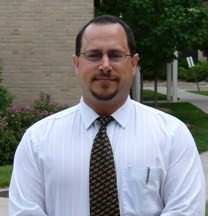 Tony Lupo, professor and chair of the Department of Soil, Environmental and Atmospheric Sciences. Lupo says that favorable weather conditions are coming to the Midwest, but not until after the summer. Image credit: University of Missouri

El Niño is a weather pattern that not only brings moisture to the Midwest, but also brings cooler and wetter weather. The weather pattern helps steer the jet stream toward the Midwest, bringing cooler temperatures from the Pacific Ocean. While La Niña has faded, the majority of the Midwestern population can’t expect to see a huge increase in precipitation this summer, Lupo said.

“This state of neutrality will bring more moisture to much of the Midwest, but at below-normal levels,” Lupo said. “A late summer pickup in normal rain will be too late for much of the growing season.”

Even if a neutral or El Niño weather pattern cools the warmer weather throughout the Midwest, the dry soil left from multiple years of drought will result in higher than average summer temperatures.

This combination of high temperatures and few rain showers means farmers should prepare for another tough summer.

“This drought we have had for the past two years has left some of the soil in prime growing areas dry to a depth of at least 5 feet,” said Randall Miles, associate professor of soil science at MU. “The slight increase of rain won’t help this summer either because it will take a consistent period of rain for the soil to replenish fully.”

La Niña and El Niño are regularly occurring climatic features, often alternating every few years. The Department of Soil, Environmental and Atmospheric Sciences is located in the College of Agriculture, Food and Natural Resources at MU.