The UA Libraries has just made 150 years of regionally published newspapers documenting the voice of Mexican and Mexican American communities digitally available for the first time.

A new digital collection at the University of Arizona Libraries makes accessible more than 150 years of news coverage documenting the voice of the Mexican and Mexican American community.

Curated, researched and digitized by librarians and archivists, in consultation with UA professors, the collection features 20 significant Mexican and Mexican American publications, many in Spanish.

The newspapers and magazines were published in Tucson, El Paso, Los Angeles, San Francisco and Sonora, Mexico from the mid-1800s to the 1970s. 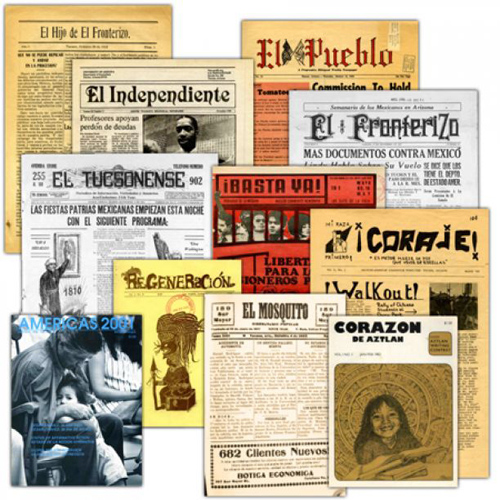 UA librarian Chris Kollen said that because the newly digitized collection includes eight newspapers published in Tucson from 1882 to the 1970s, people will be able to get “a clearer picture of the Mexican American community in Tucson.” (Photo courtesy of the UA Libraries)

Rodriguez, an award-winning journalist, consulted on the project. Included in the collection is Americas 2001, a magazine that he published in Los Angeles.

This preservation, now accessible through the Historic Mexican and Mexican American Press Collection is of significant research value to “anyone interested in the Mexican cultural narrative and the Mexican voice – the fight for their land, language and rights,” Rodriguez said.

A celebration will be held April 24 from 6:30-8 p.m. in Special Collections to debut the Historic Mexican and Mexican American Press Collection.

In addition to a preview of the collection, the stories of these historic publications will be shared by a panel of distinguished speakers including:

The Historic Mexican and Mexican American Press Collection is publicly available to encourage discovery and scholarship by students, researchers and community members.

The publications capture the historical record of the Mexican and Mexican American community during significant times including the Gadsden Purchase, the Mexican Revolution, the Great Depression and Mexican repatriation, World War II, the Bracero program and the Chicano Civil Rights Movement.

“We hope that by making these newspapers available online, this collection will provide an alternative view to a wider audience that at times challenges other articles published in English-language newspapers, some of these topics are relevant today,” said UA librarian Chris Kollen.

Also, materials within the collection are optimized for online information seeking and archived for long-term digital preservation. 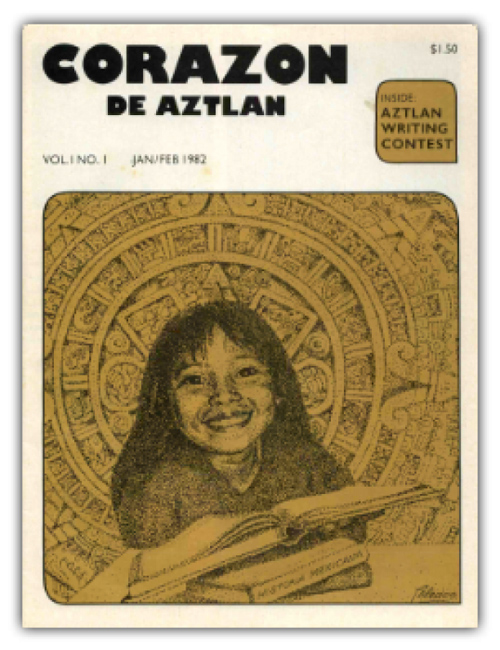 UA faculty member Roberto Cintli Rodriguez is a former journalist who served as publisher and editor of “Americas 2001” and “El Corazon del Aztlan.” (Photo courtesy of the UA Libraries)

Highlights of the collection include: La Estrella de Occidente, a state-run Mexican newspaper that is the earliest publication in the collection from 1855; El Tucsonense, the longest running Spanish-language newspaper in Tucson; El Independiente, a student-produced newspaper serving South Tucson and published since 1976 by the UA School of Journalism; and El Pueblo, a weekly newspaper in Spanish and English published in Tucson from 1968-69.

The idea and recognized need for this type of resource originated with a student-curated exhibition in 2009 as part of Rodriguez’s course, “History of Red-Brown Journalism and Communication.”

Led by a team of three UA librarians – Kollen, Mary Feeney and Verónica Reyes-Escudero – the collection emerged as a collaborative research, archives, community and digitization project supported by the University Libraries in partnership with the UA journalism school and Mexican American studies department.

“The course examined early civil and human rights struggles from the 19th and 20th centuries and Mexican-American journalism in the United States. We thought that some of the resources they found would be wonderful to provide online access to,” Kollen said.

“We are expecting a wide range of researchers, including faculty, staff and students, from a broad range of disciplines will use this collection for the both research and teaching,” she said. “Also, we believe that the general public, both in Arizona and wider, will be interested in how various issues and topics were covered in the Mexican-American press in the past.” 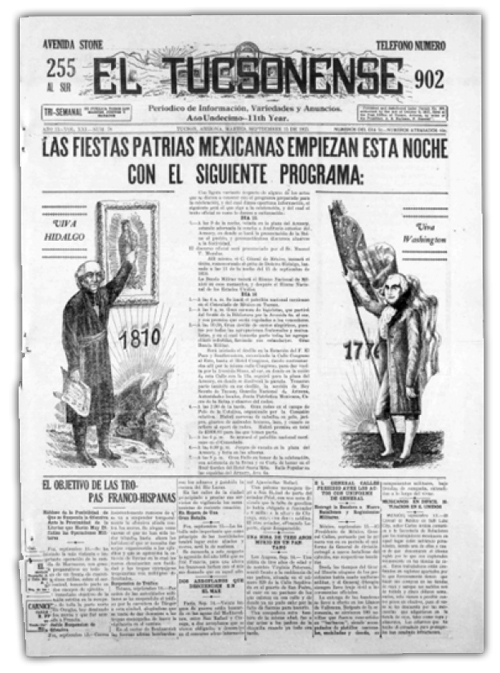 “This project provides easy access to Mexican and Mexican American newspapers to the University of Arizona community, the Tucson community and anyone else. In addition, digital access to these materials is not prevalent and for some of these newspapers, few institutions have them in print or on microfilm,” said UA librarian Chris Kollen. (Photo courtesy of the UA Libraries)