COLUMBIA, Mo. – Most people would never suspect that a “trash tree,” one with little economic value and often removed by farmers due to its ability to destroy farmland, could be the key to fighting a deadly bacterium. Now, a University of Missouri researcher has found an antibiotic in the Eastern Red Cedar tree that is effective against methicillin-resistant Staphylococcus aureus (MRSA), a “superbug” that is resistant to most medications.

“I wanted to find a use for a tree species that is considered a nuisance,” said Chung-Ho Lin, research assistant professor in the MU Center for Agroforestry at the College of Agriculture, Food and Natural Resources. “This discovery could help people fight the bacteria as well as give farmers another cash crop.”

MRSA is an evolving bacterium that is resistant to most medications. For most people, the infection is isolated to the skin. However, it can spread to vital organs causing toxic shock syndrome and pneumonia, especially in people with weakened immune systems. The incidence of disease caused by MRSA bacteria is increasing worldwide. Thirty years ago, MRSA accounted for 2 percent of all staph infections. By 2003, that number had climbed to 64 percent. In 2005, more than 94,000 people developed life-threatening MRSA infections in the United States, according to a Centers for Disease Control report.  Nearly 19,000 people died during hospital stays related to these infections. 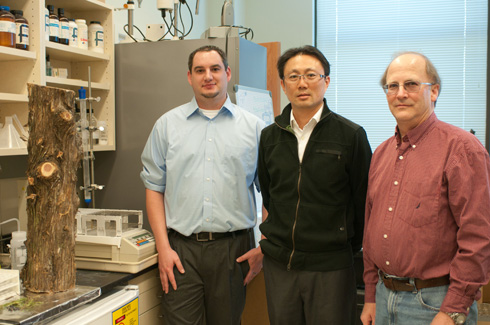 A University of Missouri research team including, (from left) Brian Thompson, Chung-Ho Lin and George Stewart, recently found a compound in the needles of Red Cedar trees that can kill methicillin-resistant Staphylococcus aureus (MRSA), a “superbug” that is resistant to most medications. Image credit: University of Missouri

While the Eastern Red Cedar has few commercial uses, it is present in the U.S. in large numbers and its range extends from Kansas to the eastern United States. An estimated 500 million trees grow in Missouri. Lin began his investigation by building on existing research showing the anti-bacterial potential of chemical compounds derived from the tree. 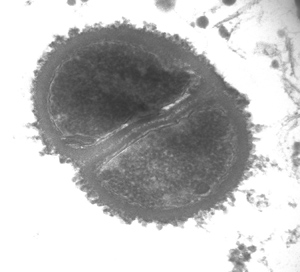 Methicillin-resistant Staphylococcus aureus (MRSA), a “superbug” that is resistant to most medications, sickened more than 94,000 people in 2005 and killed more than 19,000 in the U.S., according to a report from the Centers for Disease Control. Image credit: University of Missouri

Lin, George Stewart, professor and department chair of Pathobiology in the College of Veterinary Medicine, and Brian Thompson, postdoctoral fellow in the Bond Life Sciences Center, identified, isolated and tested 17 bioactive compounds and has plans to analyze more compounds. Scientists found that a relatively small concentration of a chemical compound found in the Eastern Red Cedar– 5 micrograms per milliliter – was effective against MRSA. The team tested the compound’s effectiveness against many versions of MRSA in a test tube with promising initial results.

“We found this chemical from the cedar needles, an abundant and renewable resource that can be collected annually,” co-researcher Brian Thompson said. “Because the compound is in the needles, we don’t have to cut down the trees.” 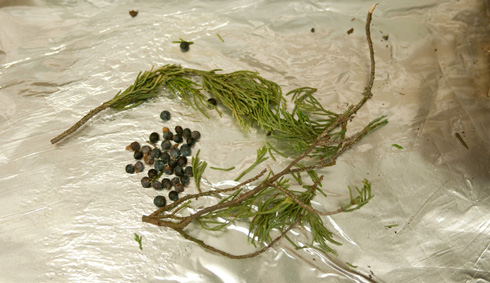 A chemical compound that can kill MRSA was found in needles from Red Cedar trees, an abundant and renewable resource that can be collected annually. Image credit: University of Missouri

In addition to its potential use in fighting MRSA, researchers found that some chemical compounds in the tree are able to fight and kill skin cancer cells present in mice. It may also be effective as a topical acne treatment. Stewart said the compounds are years away from commercial use, as they must go through clinical trials. The team’s research was presented recently at the International Conference on Gram-Positive Pathogens.