Are you wooed by advertising? Of course you are. After all, it’s one thing to go out and buy a new washing machine after the old one exploded, quite another to impulse-buy that 246-inch flat screen TV that just maybe, in hindsight, you didn’t really need.

Advertisers come at you in two ways. There is the just-the-facts type of ad, called “logical persuasion,” or LP (“This car gets 42 miles to the gallon”), and then there is the ad that circumvents conscious awareness, called “non-rational influence,” or NI (a pretty woman, say, draped over a car).

Despite research surrounding the notion of neuromarketing, which studies consumers’ cognitive responses to marketing stimuli, the impact on brain function of these types of real-world advertisements was unknown. Now, researchers at UCLA and George Washington University have shown that different types of advertisements evoke different levels of brain activity, depending on whether they use elements of logical persuasion or non-rational influence. 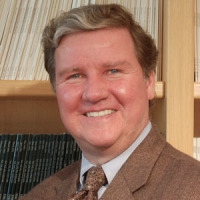 Reporting in the current online edition of the Journal of Neuroscience, Psychology, and Economics, Dr. Ian Cook, a professor of psychiatry at the Semel Institute for Neuroscience and Human Behavior at UCLA, and colleagues found that brain regions involved in decision-making and emotional processing were more active when individuals viewed ads that used logical persuasion than when they viewed ads that used non-rational influence. These brain regions help us inhibit our responses to certain stimuli.

In other words, “Watch your brain and watch your wallet,” Cook said. “These results suggest that the lower levels of brain activity from ads employing NI images could lead to less behavioral inhibition, which could translate to less restraint when it comes to buying products depicted in the NI advertisements.”

In the study, 24 healthy adults — 11 women and 13 men — viewed advertising images while electrical activity in their brains was recorded using electroencephalography (EEG). Each participant was shown 24 ads that had appeared in magazines and newspapers.

Ads using LP images included a table of facts and figures about cigarette products, details about how to build a better toothbrush and suggestions about selecting food for dogs on the basis of their activity level. In contrast, sample NI-type advertisements included beading water (liquor ad), an image of an attractive woman standing with legs apart (jeans ad) and a woman leapfrogging over a fire hydrant erupting with a water spray as a man enthusiastically grins behind her (cigarette ad).

The researchers found that viewing LP images was consistently linked with significantly higher activity levels in the orbitofrontal and anterior cingulate regions, the amygdala, and the hippocampus, all areas of the brain involved in decision-making and/or emotional processing.

The finding reinforces the hypothesis that preferences for purchasing goods and services may be shaped by many factors, including advertisements presenting logical, persuasive information and those employing images or text that may modify behavior without requiring conscious recognition of a message.

“Because the results showed that in response to non-rational sensory inputs, activity was lower in areas of the brain that help us inhibit responses to stimuli,” said Cook, “the findings support the conjecture that some advertisers wish to seduce, rather than persuade, consumers to buy their products.”

Other authors of the study included Sarah K. Pajot, David Schairer and Andrew F. Leuchter, all of UCLA, and Clay Warren, of George Washington University. Funding was provided by the International Consciousness Research Laboratories consortium. The authors report no conflict of interest.