A team of Yale School of Public Health scientists has launched the Ohio Water and Air Quality Study in Belmont County, Ohio. The scientists will collect and analyze water and air samples this summer as well as administer health questionnaires to 100 residents in communities with unconventional natural gas development. The researchers will investigate the potential for exposure to environmental pollutants and whether any health problems have resulted.

Unconventional natural gas development (commonly known as hydraulic fracturing or fracking) has expanded dramatically in Eastern Ohio over the past five years. But information on whether the fracking process contaminates water or air in nearby communities remains limited, said Nicole Deziel, assistant professor in the Department of Environmental Health Sciences and the study’s lead researcher. 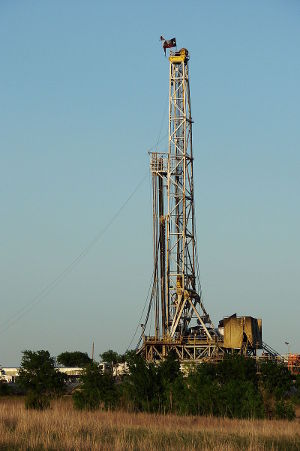 Drinking water can become contaminated from improperly constructed or deteriorating wells near fracking sites or from spills, improper storage, transportation or disposal of the wastewater used in fracking. Air pollution can be generated from well site construction, drilling, increased truck traffic and emissions from waste ponds, compressors, or processing stations.

The limited existing health studies suggest an increase in hospitalizations, adverse birth outcomes, such as an increase in congenital heart defects or pre-term births, and respiratory or dermal irritation. Studies measuring concentrations of health-relevant chemicals in drinking water sources are emerging, but data are sparse, particularly in Ohio.

“Quantification of the potential exposure to toxic and carcinogenic chemicals by monitoring drinking water and air in people’s homes is a critical piece to understanding the public health impact of hydraulic fracturing,” said Elise Elliott, a doctoral candidate and another researcher of the study.

“We hope our results will advance understanding of the potential for exposure to volatile organic compounds and other toxic substances in communities with natural gas extraction by comparing concentrations of chemical contaminants in homes in close proximity to natural gas wells and homes located farther away,” Deziel said.