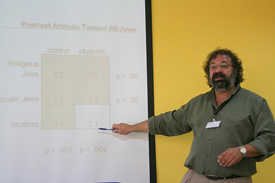 EAST LANSING, Mich. — Michigan State University researchers, studying public service announcements placed on YouTube about marijuana use, have found that the comments accompanying the PSAs are more influential among viewers than the videos themselves.

The researchers showed four anti-marijuana PSAs, and the accompanying comments, to college students and asked for their evaluations of the PSAs and their attitudes about marijuana.

What was found was that negative, derisive comments about the video led the students to perceive the video as worse than when the comments were positive, even though they watched the videos individually. And when students identified with the anonymous commenters, the comments affected their perceptions of marijuana’s harmful effects.

Results of the research were published in a recent edition of the journal Human Communication Research.

“We were somewhat surprised that it affected people’s marijuana attitudes,” Walther said. “We thought people would already have opinions about marijuana and that a set of comments on a YouTube page would not influence them. But we were wrong.”

What wasn’t surprising, Walther said, was that many of the research subjects were swayed by opinions offered by anonymous viewers.

“The theory is that when you don’t know about the person who is communicating with you as an individual, the more you assume that you’re just like them,” he said. “It’s kind of a crowd effect. But if you knew who these individuals were, that crowd effect would go away.”

About 150 college-age students were shown four anti-marijuana PSAs, some more visually interesting, some more compelling than others. The students were also shown the comments and then asked to fill out a questionnaire assessing the video.

“Perceptions of the videos’ quality,” Walther said, “were affected by the positive or negative nature of the comments.”