Youth bullying because of perceived sexual orientation widespread and damaging

Bullying because of perceived sexual orientation is prevalent among school-aged youths, according to a study led by Donald Patrick, professor of health services at the UW School of Public Health.  The study was published online May 16 in the American Journal of Public Health.

The research team analyzed responses collected in a 2010 Washington state survey of more than 24,000 public school students in grades eight through 12. The study found that 14 percent, 11 percent and 9 percent of male students in grades 8, 10, and 12 respectively reported being bullied because of perceived sexual orientation. For female students in those grades, the numbers were 11 percent, 10 percent and 6 percent respectively.

“These findings underscore the need for early prevention efforts before 10th grade,” wrote the authors. 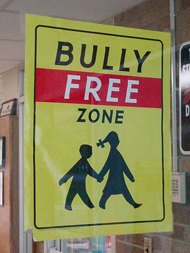 Being bullied because of perceived sexual orientation was linked to lower quality of life scores and increased the odds of depressed mood or consideration of suicide. Moreover, the size of these associations was greater than being bullied for other reasons

”Youth at this age group are extremely vulnerable to the effects of bullying when they are perceived rightly or wrongly to be gay, lesbian or bisexual. The effects are profound for many youth struggling with issues of identity and self-esteem,” said Patrick, principal investigator of the study.

Read the article in the American Journal of Public Health.