“We’re thrilled to unveil our world-class data center in Lockport and take an active role in the community,” said Yahoo!’s Carol Bartz. “Yahoo! is serious about sustainability and is leading efforts to address climate change. That’s why we believe in creating highly efficient data centers that minimize the impact on the environment.”

The Lockport facility will have the first implementation of Yahoo!’s green data center design, called the Yahoo! Computing Coop (YCC). The best-in-class, energy-efficient design was recognized by the U.S. Department of Energy (DOE) in 2010 with a sustainability grant of $9.9 million, the largest award received from the DOE’s recent Green IT grant program. The facility uses a combination of Lockport’s cool climate, prevailing winds and hydropower to keep the 120-by-60-foot server buildings cool. The YCC design, dubbed the “Yahoo! Chicken Coop,” mimics the long, narrow design of a chicken coop to encourage natural air flow 100 percent of the time, resulting in an annualized average of less than 1 percent of the buildings’ total energy consumption being required to cool the facility. Yahoo!’s Lockport data center is among the most efficient data centers in the world, with a low power usage effectiveness1 (PUE) of 1.08, compared with the industry average of 1.922.

The Lockport data center will:

“Yahoo!’s leadership in designing and building environmentally sustainable data centers is solidified as we begin operating one of the most energy-efficient data centers in the world,” said David Dibble of Yahoo!. “With the Yahoo! Chicken Coop design, we are spending less than one cent for cooling for every dollar spent on electricity. Significantly reducing our electricity usage is not only good for the environment, but also good for our bottom line, giving Yahoo! a competitive advantage.”

Dibble continued: “New York state and the greater Buffalo area possess all the resources required to run a world-class data center, including a cool climate, clean energy and a qualified work force. We are grateful for the incredible level of support we have received from local and state government, the New York Power Authority, Lockport residents, and local businesses that all helped to make this project a success.”

Hydropower for the data center will be supplied by NYPA, which was recognized in 2006 as one of the cleanest utilities in the United States. “By working closely with Yahoo! and providing low-cost hydropower to the data center, NYPA is creating a more sustainable environment in the region and supporting the creation of jobs for western New Yorkers in the information technology sector,” said Richard M. Kessel of NYPA. 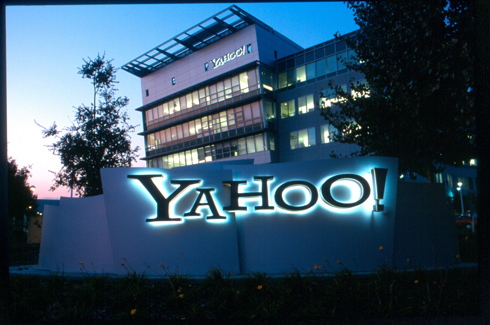 Yahoo! is thoughtful about site locations, with the goal of benefiting the local community, local businesses and Yahoo! users worldwide. Yahoo! supported up to 500 jobs throughout the construction process at the 155,000-square-foot site, and is committed to creating up to 125 jobs total in the state of New York. In addition to the data center, the site will also support a Yahoo! Operations Center, which monitors the Yahoo! infrastructure to ensure consistent uptime, and a Global Service Desk, a 24/7 IT support center for Yahoo! employees. The Lockport facility is integral to powering the valuable network of Yahoo! sites, including Yahoo! Mail, Messenger, Flickr, News, Sports, Finance, Answers.

Senator Charles E. Schumer said, “At a time of sky-high unemployment, 125 new, high-tech, high-paying jobs is just what the doctor ordered. Yahoo! will be a beacon for other high tech firms highlighting the advantages of Western New York: low-cost, clean energy, a business-friendly environment with partnership from New York State and a world class workforce. This is the result we’ve been working towards for all these months, and it’s great news for everyone involved in the decision and for those looking for work in Western New York. Yahoo! has made the right choice – as they know the workforce in Western New York is committed, hard working and well educated.”

Governor David Paterson said, “As a world-class online media company, I would like to welcome Yahoo! to New York State. Having an international company of Yahoo!’s caliber establish a presence in Lockport opens the door to enormous possibility in locating other high-tech companies to Western New York. I am excited to see that Yahoo! is well underway with their investment in New York State and look forward to seeing the many opportunities this will bring to Niagara County and the broader Western New York community.”

Congressman Christopher Lee said, “I’d like to welcome Yahoo! to western New York, home of some of the hardest-working men and women in the country. I know western New Yorkers will be an asset to Yahoo! as it begins its operations here, and I look forward to seeing Yahoo! grow in our community and create good jobs.”

Senator George Maziarz said, “I am honored to welcome Yahoo! to our community. The choice of Lockport for its East Coast data center shows that Niagara County possesses the resources to compete on a global scale. Yahoo! recognized the importance of our strong work ethic, abundance of inexpensive hydropower, strong infrastructure and high-tech communications network in choosing to locate this facility in Lockport. We look forward to working with Yahoo! for many years to come.”

Assemblymember Jane Corwin said, “Today’s opening of the Yahoo! Data Center in Lockport signifies the successful collaboration of planning and hard work between western New York’s local, state and federal officials, and a multibillion-dollar corporation. I am proud to join all of my colleagues in government as well as officials from Yahoo!, as we unveil the new data center, and demonstrate that our local economy, supplemented with such a reputable workforce, has what it takes to attract a premier corporation like Yahoo!”

1 Power usage effectiveness is a metric used to determine the energy efficiency of a data center. PUE is determined by dividing the amount of power entering a data center by the amount of power used to run the computer infrastructure within it. PUE is therefore expressed as a ratio, with overall efficiency improving as the quotient decreases toward 1. PUE was created by members of The Green Grid, an industry group focused on data center energy efficiency.

2 According to the Environmental Protection Agency, the industry average PUE is 1.92.