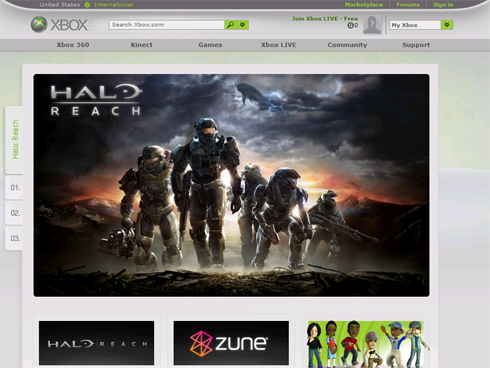 “Microsoft has never been more committed to Japanese developers, the heart of innovative gameplay, thrilling stories and iconic heroes,” Spencer said. “To date, Japanese games have already grossed more than $2 billion on Xbox 360, and today’s announcements signal tremendous opportunities for Japanese developers to deliver the future of gaming with Kinect.”

“This is the biggest year in our history with controller-free entertainment, the best blockbuster games, movies, television, music and sports all coming to Xbox 360,” Sensui said. “With the talent of the best creators from Japan, we’re able to bring even more fresh and unexpected experiences to millions of people around the world.”

Looking for adventure and a rush of adrenaline? Microsoft introduced five immersive, exclusive Kinect for Xbox 360 games available in 2011:

Japanese developers Treasure and Spike announced the revival of two beloved downloadable,* controller-based experiences on Xbox LIVE Arcade on Xbox 360 — putting your avatar directly into the fighting ring and bringing arguably one of the best 2-D shooters to international audiences for the first time:

Home for the Best Games in 2010 and Beyond

The destination for the biggest blockbusters like “Dead Rising 2,” “Fable III” and “Halo: Reach,” Xbox 360 bolstered its impressive lineup with these previews:

Xbox 360 is a premier home entertainment and video game system. This November, with the addition of Kinect, Xbox 360 will forever transform social gaming and entertainment with a whole new way to play — no controller required. Xbox 360 is also home to the best and broadest games as well as the largest on-demand library of music, standard- and high-definition movies, TV shows and digital games, all in one place. The entertainment center of the living room, Xbox 360 blends unbeatable content with the leading social network of 25 million Xbox LIVE members to create a limitless entertainment experience that can be shared at home or across the globe.

More information about Xbox 360 can be found online at https://www.xbox.com.