Windows Phone 7 Sales Off to a Promising Start, First Step in a New Era of Mobile

REDMOND, Wash. – Dec. 21, 2010 – There is one phrase that Achim Berg uses repeatedly to describe the new Windows Phone 7.

“It’s a different kind of phone, fast and easy,” says Berg, vice president of business and marketing for Windows Phones. It’s a sentence he relates with enthusiasm daily, whether he’s giving a Windows Phone 7 demonstration to a large crowd, or showing off his phone to someone he’s just met. 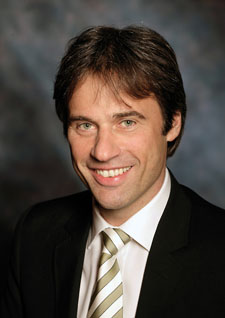 Berg arrived in his role this past summer and has spent time getting to know the team, his partners and the opportunities Microsoft has to re-establish itself in mobile.  He made the move just as Microsoft was rolling out Windows Phone 7, which launched in Europe and the Asia Pacific region on October 21 and in the United States and Canada on November 8.

Prior to coming to Redmond, Berg was general manager of Microsoft Germany and area vice president of Microsoft International. Before working at Microsoft, he was a member on the board of directors of Deutsche Telekom T-Com, Europe’s largest telecommunications company, where he was responsible for marketing and sales of the company’s fixed line business.

The Microsoft News Center recently spoke with Berg on how Windows Phone 7 is doing in its first two months since launching worldwide.

Berg: We believe that to succeed in mobile you need, first of all, a great product, and we think we have that. What we’re hearing from our customers is that they’re thinking the same way. Additionally, early customer survey data on the overall software experience is very positive and the willingness to recommend our phone is very high. That’s really good for us.

What we see as well is that people like the new design and the different approach that we’ve taken. On the developer side, our tools are really good and leverage the skills they already have. Developers are validating that the tools make it easy to make great apps and games quickly – we have more than 4,000 apps in our marketplace. With more pouring in daily, this is an enviable pace for any new platform.

And just as we did something different with the phone, we did similarly with advertising. Our campaign, with the “Really?” ads, is completely different advertising, and it’s very gratifying to see the positive response we’ve received. Our campaign has been well-accepted and shows that our product has been correctly targeted.

News Center: Windows Phone 7 has been in market for almost two months now worldwide, how are sales going?

Berg: Sales are ramping well as our reputation is growing for offering users a unique experience and are in line with our expectations – especially when compared to other new platform introductions. With a new platform you have to look at a couple of things, first of all customer satisfaction. As I mentioned before, we’ve seen great response on the complete mobile phone experience.

Another is phone manufacturer sales – phones being bought and stocked by mobile operators and retailers on their way to customers. We are pleased that phone manufacturers sold over 1.5 million phones in the first six weeks, which helps build customer momentum and retail presence.

We know we have tough competition, and this is a completely new product. We’re in the race – it’s not a sprint but we are certainly gaining momentum and we’re in it for the long run.

News Center: Do these sales figures meet your expectations?

Berg: Yes, and I think our expectations are realistic for a new platform. We started fresh with Windows Phone 7, and it’s a different kind of phone. Measuring for success is more long term than short term. We launched with many of the top mobile operators in the world, and even more in the coming year in 2011. We have 18,000 developers who are developing for our marketplace. It’s just getting better and better.

News Center: How does this stack up against the competition?

Berg: It’s a bit of apples and oranges comparison; our numbers are similar to the performance of other first generation mobile platforms. We introduced a new platform with Windows Phone 7, and when you do that it takes time to educate partners and consumers on what you’re delivering, and drive awareness and interest in your new offering.  We’re comfortable with where we are, and we are here for the long run; Windows Phone 7 is just the beginning.  Our opportunity is to make sure people get to play with a Windows Phone. Once they do, they love it. This is very important for us.

News Center: The smartphone industry is so competitive, how will you catch up?

Berg: We all know that the competition is extreme in this industry, and we have to compete on multiple fronts. We have to deliver a great product that people want to use. We have a different point of view than just delivering apps, and we have received great customer feedback on our approach. We are working on updates that will take us to the next level. Plus, we have great support from the ecosystem including developers, operators and device manufacturers, which will add to momentum we are already seeing.

From this perspective, we’re in a good place. We are on a path to begin releasing the first of several updates in the next couple of months, and several more mobile operators around the world will introduce Windows Phone 7 on their network in 2011 and we will have a broader portfolio of devices from phone manufacturers at different price points delivering on our commitment of providing customers choice. We believe doing these things right will lead to continued success.