Why we embrace the ritual of Valentine’s Day: Q&A with a Yale sociologist

Whether you’re a die-hard romantic or a callous cynic, there’s no escaping the millions of couples cozying up this Feb. 14 to celebrate Valentine’s Day.

The origins of our only holiday devoted to love are somewhat murky. It is thought to have its beginnings in the Roman festival of Lupercalia, which was celebrated in mid-February. The fertility ritual included animal sacrifice, nude men, women flogged with animal hides, and a matchmaking lottery akin to a 1970s key party.

Over several centuries, the Romans executed more than one Christian martyr named Valentinus, a popular moniker derived from the Latin word “valens,” meaning strong or worthy. One account is that of Saint Valentine of Rome, who was supposedly imprisoned for performing Christian marriage ceremonies and then executed by Claudius II on Feb. 14 for trying to convert the emperor to Christianity. Sometime in the fifth century, Pope Galasius abolished Lupercalia in favor of St. Valentine’s Day, most likely to dilute carnal pagan ideas for those of a more chaste love.

Our modern notion of Valentine’s Day began to take form in the Middle Ages as “courtly love” became fashionable. The first valentine greeting cards were exchanged in Victorian England. Today St. Valentine is the patron saint of lovers, engaged couples, and marriages, as well as beekeepers, victims of the plague, and those with epilepsy. 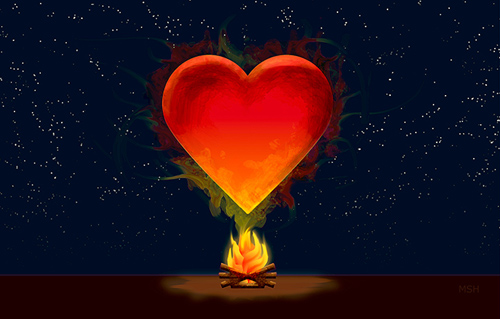 With all its emphasis on priceless love, Valentine’s Day does come at a cost for many. According to the National Retail Federation, which conducts an annual survey each year to anticipate holiday spending, Americans will expend more than $18 billion this Feb. 14 on flowers, apparel, dinner, and jewelry.

YaleNews spoke with sociologist Jeffery Alexander, the Lillian Chavenson Saden Professor of Sociology and co-director of the Yale Center for Cultural Sociology, about the ritual of Valentine’s Day, gift giving, and celebrating romantic love.

Why do we celebrate a holiday dedicated to love? 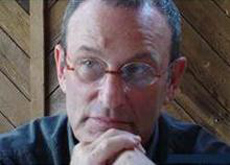 Let’s start with the idea of rituals. We tend to think that only backward or primitive societies have rituals — people running in circles with painted bodies, drums, and fires. The field of cultural sociology has emerged in the last couple of decades, and one of its premises is that there is a strong continuity between early and modern societies. Rituals continue to be central to us, and are perhaps even more important as societies become larger and more heterogeneous.

Valentine’s Day is a ritual. It’s not as if people wake up and think, “Today’s a good day to celebrate love.” It occurs on the same day each year, and it’s a way to liven up a dark winter.

It’s interesting that we think of Valentine’s Day as something for a couple, because it’s also something that the whole society celebrates. Millions of couples are doing this at the same time. It’s a way for society to say that romantic love is good and coupling is important.

Our contemporary idea of paying tribute to a loved one on Valentine’s Day seems to be rooted in medieval courtly love. Has it changed much in 800 years?

Courtly love wasn’t about courtship in the sense that we think courtship leads to marriage. It was what happened in royal courts among the aristocracy and was about ideals of romantic love, femininity, and manly virtue. Love and marriage only started coming together in the 19th century.

I think today it’s much like it was in earlier times in that romantic love is much less connected to marriage. More and more men and women are choosing not to be married. “Will you be my valentine?” doesn’t mean “Will you be my husband or wife or partner?” I imagine that Valentine’s Day is celebrated a lot more by people who aren’t married. Those who have been married for a long time can get into the spirit of Valentine’s Day to revive feelings of romantic love. Rituals can help renew a flagging sense of solidarity.

Why do we exchange gifts to demonstrate love?

Gift giving was one of the main ways that early societies created peace and reciprocity, and was always part of marriage ceremonies. I think gifts can be thought of as materializations of meanings and emotions, rather than as commercial or financial exchanges.

Let’s take the idea of a heart, which was a symbol people used long before Valentine’s Day. The gifts we exchange on Valentine’s Day are supposed to symbolize the emotions that come out of the heart. Of course, today when everything is commodified, people feel there is a correlation between the emotion communicated in the gift and how much money you spend.

Some people feel down this time of year if they’re not in a romantic relationship. How do external messages influence our expectations for Valentine’s Day?

Not being able to participate in a collective ritual can create feelings of isolation. It’s the same feeling as not having a group to celebrate with at Thanksgiving or Christmas.

That being said, I don’t think Valentine’s Day is something people dwell on much in advance. They begin thinking about it when they see it on their calendar, hear advertisements, or read a column in the paper. That’s when they say, “I really need to make a dinner reservation.” I don’t think we feel overly manipulated the way we do when we start seeing Christmas trees in early November.

Are you doing anything to celebrate Valentine’s Day this year?

My wife and I are going out to dinner. I also got her a rather beautiful set of gold earrings.