Why ‘I’m so happy I could cry’ makes sense

The phrase “tears of joy” never made much sense to Yale psychologist Oriana Aragon. But after conducting a series of studies of such seemingly incongruous expressions, she now understands better why people cry when they are happy.

“People may be restoring emotional equilibrium with these expressions,” said Aragon, lead author of work to be published in the journal Psychological Science. “They seem to take place when people are overwhelmed with strong positive emotions, and people who do this seem to recover better from those strong emotions.” 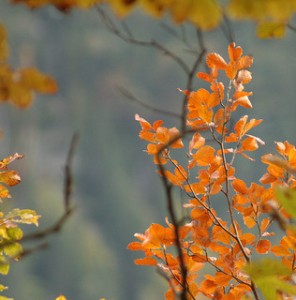 There are many examples of responding to a positive experience with a negative emotion. A crying spouse is reunited with a soldier returning from war. Teen girls scream at a Justin Bieber concert and so do soccer players as they score a winning goal. The baseball player who hits a winning home run is pounded at home plate by teammates. And when introduced to babies “too cute for words,” some can’t resist pinching their cheeks.

“I was surprised no one ever asked why that is,” she said.

Aragon and her colleagues at Yale ran subjects through some of these scenarios and measured their responses to cute babies or happy reunions. They found that individuals who express negative reactions to positive news were able to moderate intense emotions more quickly.  They also found people who are most likely to cry at their child’s graduation are most likely to want to pinch a cute baby’s cheeks.

There is also some evidence that strong negative feelings may provoke positive expressions; for example nervous laughter appears when people are confronted with a difficult or frightening situations, and smiles have been found by other psychologists to occur during extreme sadness.

These new discoveries begin to explain common things that many people do but don’t even understand themselves, Aragon said.

“These insights advance our understanding of how people express and control their emotions, which is importantly related to mental and physical health, the quality of relationships with others, and even how well people work together,” she said.