Why are some wild animals more tolerant to human interaction than others?

When most wild animals first encounter humans, they respond as they would to any predator — by running, swimming or flying away.

Over time, some species become more tolerant of humans’ presence, but the extent to which they do is largely driven by the type of environment in which the animals live and by the animal’s body size, according to a comprehensive new analysis.

Researchers led by Daniel Blumstein, a professor and chair of ecology and evolutionary biology in the UCLA College, analyzed 75 studies conducted over the past half-century of 212 animal species — mostly birds, but also mammals and lizards. The scientists estimated species’ tolerance to human disturbance by comparing how far away from humans an animal would have to be before it fled — a statistic called “flight initiation distance.” 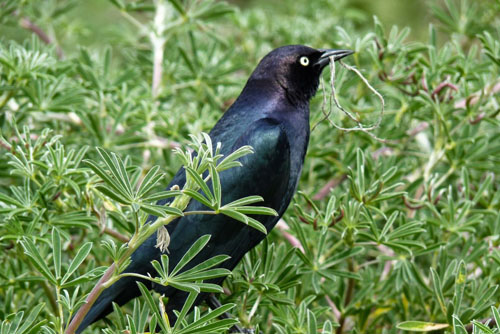 The study found that the extent to which animals tolerate humans is largely driven by the environment in which they live and their size. Photo credit: Sean Brenner

The paper was published in Nature Communications. Among the findings:

Although Blumstein said the first finding was to be expected, he was initially surprised by the effect of body size because substantial evidence has shown that larger animals are most often more disturbed by people than smaller animals are. 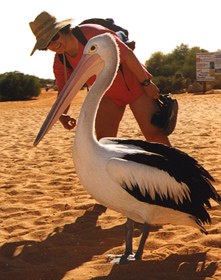 Pelican on the beach. Image courtesy of Daniel Blumstein

The analysis is one of a series of studies by Blumstein and colleagues addressing questions about wild animals’ fear responses to humans and how humans’ presence in animal habitats might be altering those responses.

The new analysis showed that larger animals are more likely to be disturbed in more remote areas by people, but if the human–animal interactions are mostly benign, and if the animals can tolerate people, larger species eventually learn that people are not very threatening.

“This new finding flips previous recommendations about large-bodied species being more vulnerable to the presence of humans, and shows that large-bodied species are more tolerant,” said Blumstein, the study’s senior author and a member of the Institute of the Environment and Sustainability. “It is likely costly for animals to respond fearfully to people that are not harming them. The key question to ask now is which species can tolerate humans enough so as to habituate to them.”

Other factors, such as birds’ diet, the openness of their habitats, and the number of eggs they lay, had some impact on species’ tolerance to human visits, but not as much as urban-rural differences and body size differences, the researchers report. 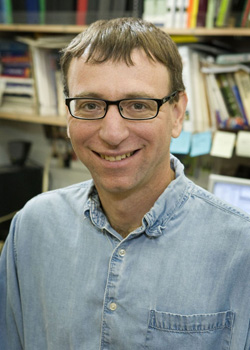 The researchers’ findings could ultimately help shape wildlife conservation practices. The paper notes, for example, that protecting smaller birds might be more dependent on creating environments that reduce human disturbance. The paper also suggested that ecotourism — which has been said to be dangerous to animal species in general — might be less harmful to larger birds than previously thought because larger animals are more likely to be able to tolerate human disturbance.

Samia is a postdoctoral researcher in the ecology department at Brazil’s University of São Paulo. Other co-authors were Shinichi Nakagawa, an associate professor at New Zealand’s University of Otago; Fausto Nomura, an adjunct professor, and Thiago Rangel, a professor of ecology, both at Federal University of Goiás.