Who Likes Bling? The Answer Relates To Social Status

COLUMBUS, Ohio – A desire for expensive, high-status goods is related to feelings of social status – which helps explain why minorities are attracted to bling, a new study suggests.

Previous research had shown that racial minorities spend a larger portion of their incomes than do whites on conspicuous consumption – buying products that suggest high status.

But a new study showed that whites could be induced to crave expensive, high-status products if they imagined themselves in a low-status position.

These findings cast doubt on the notion that urban minorities have developed a corrosive “bling culture” that is unique to them, said Philip Mazzocco, lead author of the study and assistant professor of psychology at Ohio State University’s Mansfield campus. 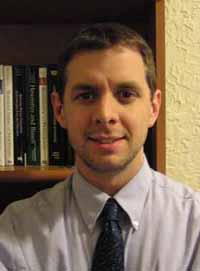 “Minorities don’t buy high-status products because of some ‘bling culture.’ It is a basic psychological tendency that we all share when we’re feeling inferior in some part of our life,” Mazzocco said.

“Anyone who is feeling low in status is going to try to compensate. And in our capitalistic, consumption-oriented society, one way to compensate is to buy high-status products.”

Mazzocco conducted the study with Derek Rucker, Adam Galinsky and Eric Anderson of Northwestern University. The findings appear in a recent issue of the Journal of Consumer Psychology.

For the study, the researchers conducted several related experiments.

In the first experiment, 146 American adults – about half white and half black – were told they would be participating in a study of consumer preferences. They were asked to rate how positively or negatively they viewed 10 products on a nine-point scale from “extremely negative” to “extremely positive.”

Five of the products had been rated by a separate group of people as high in status (fur coat, cuff links, caviar, an Italian suit and Italian loafers), while five were rated as relatively low in status (vacuum cleaner, sofa, refrigerator, washing machine and an unbranded shirt).

The study found that, overall, blacks had more positive evaluations of the high-status products than did whites. But more importantly, blacks who considered their race to be an important part of their identity rated high-status goods higher than did blacks who had lower racial identification.

There was no such difference among whites in the study.

“Because African Americans are seen as lower in status in our society, those who identify more strongly with being black are more likely to compensate by seeking high-status goods,” Mazzocco said.

A second study provided more evidence of the role that status plays in conspicuous consumption. In this experiment, 117 white college students were asked to write a story in which they imagined themselves as a character with certain demographic characteristics.

The findings don’t relate only to race, he said. Another study showed that other situations involving status can affect how people feel about conspicuous consumption.

In a final experiment, 69 white adults wrote a story in which they imagined themselves as a white or black character. In this case, they rated their desire to own or purchase specific high- and low-status products. They were then asked to rate the level of social status of the character they wrote about, on a scale of 1 to 10.

“This provides additional evidence that it is a perception of having low status that is driving the increased preference for high-status products,” Mazzocco said.

“It suggests that people don’t like being in a low-status situation, and they compensate for that by trying to acquire high-status products.”

Mazzocco said having this knowledge may help people as they’re shopping.

“If you’re in a store and find yourself craving an expensive 60-inch flat-screen TV, think about why you want it. It may not be because of the positive attributes of the TV, but because you have a feeling of low status in some part of your life at that time.

“Think about parts of your identity where you excel. Maybe you’re a good father or mother, or a good student or a good friend. There are many parts to our identity, and it may help to call to mind parts where we feel we have higher status when we’re shopping.”

Mazzocco said future studies will examine whether people can resist conspicuous consumption when they call to mind parts of their lives where they feel they have high status.