When It Comes To Charitable Giving, People Respond To Their Immediate Emotions, Cu Study Says

When considering giving money to humanitarian crises people often donate in response to events that grab their immediate emotions, according to a recent study by researchers at the University of Colorado Boulder and Dresden University of Technology in Germany.

“The question we wanted to answer with our study is what is the impact of people’s emotions on their decisions to make charitable donations,” said CU-Boulder psychology Professor Leaf Van Boven, who co-authored the study. “We demonstrated that people act on what is immediately emotionally arousing to them. In other words, they respond to what makes them upset in the here and now.”

In the study, Van Boven and his colleagues asked participants to watch four short nonfiction films from the organization Doctors Without Borders depicting people suffering from crises such as malnutrition and diseases like tuberculosis in different countries outside the United States. The participants were then asked to allocate $100 between the different needs.

When asked to donate after seeing all of the films in a sequence, they gave a disproportionate amount to the last film they saw. But when asked to donate a portion of their funds after each film, they gave more to the earlier films in the sequence, indicating to the researchers that people give a disproportionate share of their available resources to crises that arouse their immediate emotions. 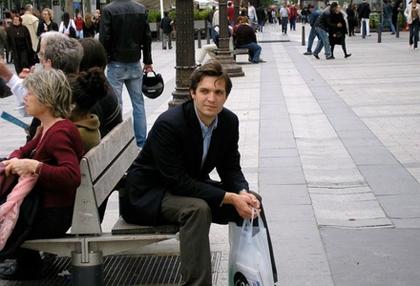 “If you are a charitable organization and your objective is to capture people’s attention and encourage them to take action, this shows that you really want to strike when the ‘iron is hot,’ ” Van Boven said. “It also has broader implications in that if you don’t do something to keep an issue present in people’s minds — such as famine and genocide in Africa, which tend not to be at the forefront of attention — then they won’t be compelled to act on that issue.”

Many national organizations are aware of these tendencies, Van Boven said, and are using technology to reach out to the public, often immediately following tragic events like the 2010 earthquake in Haiti.

“Right after the Haitian earthquake the Red Cross made it very easy for people to make donations with their cell phones by texting, which is a huge advance in facilitating immediate, emotionally driven action,” Van Boven said. “There’s a lot of wisdom in facilitating immediate action from the point of view of understanding human psychology and getting people to respond when their emotions are most intense.”

Urging immediate action is important, such as when there is a major earthquake or tsunami that affects hundreds of thousands of people and help is urgently needed, he said. However, Van Boven says people should always take some time to think through their decision to give.

“Before donating to a cause, no matter how worthy it may seem, people might take a moment to think about whether the cause that is immediately upsetting them is really the cause that is most deserving of charitable donations,” Van Boven said. “Sometimes human suffering that captures immediate attention displaces attention and concern to suffering that, for whatever reason, does not trigger immediate emotions.

“We don’t know how much time is necessary, whether it’s a day or five minutes, but we found that giving people time to collect their thoughts completely erases this immediacy effect. So allowing yourself some time to ‘cool off’ can help you make wiser charitable decisions.”

The study was published in the July issue of the journal Organizational Behavior and Human Decision Processes. Co-authors on the paper were Michaela Huber of Dresden University of Technology, CU-Boulder Associate Professor Peter McGraw and CU-Boulder graduate student Laura Johnson-Graham.

Van Boven’s campus laboratory, the Emotion, Decisions, Judgment and Intuition Lab, also has examined the broader issue of how and why people make decisions based on the immediate emotions they experience.

“This type of research is important because understanding how people make decisions of who to donate to can help answer the broader question of how people’s emotions affect their decisions regarding environmental risks, terrorist threats and personal health risks,” he said.