What Could Graphene Mean For Your Future Smartphone?

Graphene is the material of the future, it could even help us to achieve invisibility. So what could it mean for your smartphone?

Scientists, engineers and tech-addicts everywhere are getting very excited about Graphene. It may sound like the stuff you get in your pencils but this newly discovered material could help us enter an entirely new technological age. Work is already underway to make invisibility a possibility – all thanks to the wonders of Graphene.

We’re already living in an exciting age of communication. With superfast, super accessible and super affordable 3G broadband from providers like Mobi-data we now have access to the online world wherever we are and wherever we’re travelling all over the world. Yet Graphene is set to take us into the realms of science fiction – giving smartphones and tablets the power to bend and flex, making annoying charging up a thing of the past and making our gadgets more or less indestructible.

So what is Graphene?

It’s time for a spot of science. Graphene is a crystalline form of carbon, just like its more humdrum cousin Graphite. Graphene is made up of regular, hexagonal carbon atoms and, oddly enough, it is best described as being two dimensional. It is just one atom thick and its unique structure allows it to conduct both heat and electricity extremely efficiently, interact with light and offer impressive levels of both strength and flexibility. 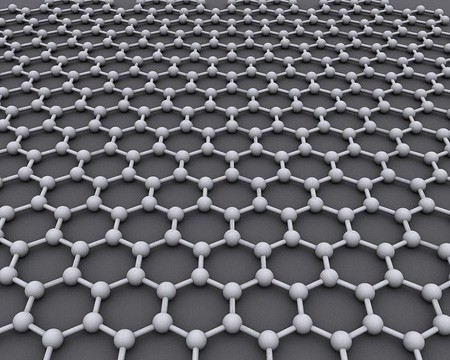 What could it mean for your smartphone?

So what does all this science mean for your mobile? What new developments can you expect to see hitting the market over the next few years?

What’s the next tech step?

Digital paper and invisibility cloaked aeroplanes are a little way off. So too are the amazing developments Graphene could abet in the world of medicine (these need to go through decades of biocompatibility tests). Yet there are some amazing Graphene creations which could start appearing on the consumer market in the very near future. Flexible smartphones, for instance, are very much in the pipeline. According to a Samsung spokesperson, Graphene in forthcoming devices will: “allow for a high degree of durability…that is thinner, lighter and more flexible than… conventional LCD technology.”

Meanwhile Apple are not planning on being left behind during the Graphene revolution. Their iPhone 6 concept features a totally foldable Graphene shell which transforms the device from smartphone to tablet to phablet (phone tablet). Yet it may be a year or two before this tech hits the shelves in any capacity thanks to barriers of cost and difficulties involved in controlling microelectronics as effectively as Silicon. Keep your eye on Samsung, IMB and Nokia though, these are the companies who have invested most heavily in the material.