AUSTIN, Texas — As the presidential primaries heat up, political leaders, journalists and students of government can compare politicians’ policy suggestions to public policy around the globe and across time using an online tool developed by The University of Texas at Austin.

The Comparative Agendas Project builds on the Policy Agendas Project site launched in 2010 by UT Austin government professor Bryan Jones to provide public access to United States policy data dating back to 1947. As of March 1, the new site globalizes that effort by allowing users to access and compare data from 20 countries, two U.S. states and the European Union, all from one central website.

“The Comparative Policy Agendas Project aims to be the gold standard for policy comparisons among countries. Our new website uses a pioneering system to allow straightforward graphical analyses of policy trends — across time, across issues and across countries,” said Jones, the J.J. “Jake” Pickle Chair in Congressional Studies. Jones began the Policy Agendas Project in 1993 with Frank Baumgartner, a political scientist at the University of North Carolina at Chapel Hill. 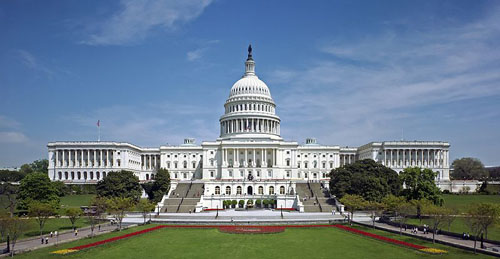 The western front of the United States Capitol. The Neoclassical style building is located in Washington, D.C., on top of Capitol Hill at the east end of the National Mall. The Capitol was designated a National Historic Landmark in 1960. Photo source: Commons.Wikimedia

Going global required researchers to establish a consistent coding scheme that would allow for students and scholars from any country to uniformly catalog data — a problem that was solved in 2014 through a collaborative effort among the University of Mannheim, UT Austin and UT Austin’s Liberal Arts Information Technology Services.

“Analysis has very much been left up to the researcher, but this system standardizes the way researchers classify, categorize and analyze outputs, making it easier to compare data over time and between places,” said graduate researcher Annelise Russell, who oversees undergraduate student involvement in the project.

The new trends tool, which is free and accessible to the public, allows for on-the-fly comparison of legislative, executive, judicial, media and public opinion data across time, policy area and country.

Examples of the type of comparisons accessible on the website include cross-country visualizations of economic legislation in the U.S. Congress and the U.K. Parliament or contrasts of media coverage on energy or defense issues in Denmark and Belgium.