The armed conflict in Burma is not one that receives much attention in the western media. But it has forced thousands of people to flee their homes and seek relative safety just over the border in Thailand.

But once there, refugee women face another peril entirely that continues to threaten their well-being: intimate partner violence.

In a research paper that was recently published in the International Journal of Gynecology and Obstetrics, Yale School of Public Health postdoctoral research associate Kathryn Falb found that refugee women living in three Thai border camps experience widespread physical violence, not by Burmese soldiers, but by the men who fled with them in the first place. 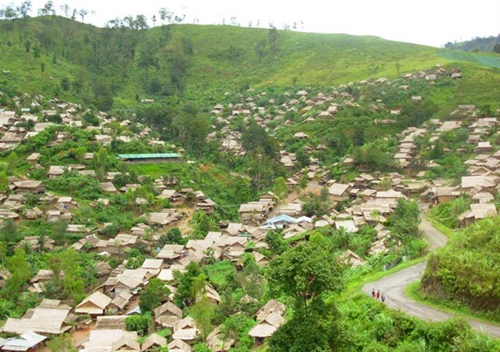 The research, which was conducted with the American Refugee Committee and entailed quantitative surveys with over 1,200 women, found a strong correlation between women who were victimized during the conflict while in Burma (also known as Myanmar) and subsequent levels of intimate partner violence (IPV).

The survey of refugee women found that nearly 10 percent had directly experienced violence during the conflict, such as being shot at or stabbed or subjected to a form of sexual abuse, during their time in Burma and just under 8 percent had experienced intimate partner violence once inside Thailand. The study concluded that women victimized during armed conflict were 5.9 times more likely to report intimate partner violence within the past year than their peers who had not experienced violence during the conflict. 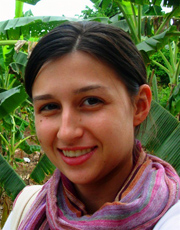 “The findings highlight the need to consider multiple forms of victimization, in both public and private spheres, among women in settings impacted by armed conflict, given their strong association,” said Falb, who is with the Department of Chronic Disease Epidemiology. “Globally, the average length of displacement for refugees is roughly 17 years, so examining ongoing threats to women’s health and well-being within the home is important, especially in contexts where people have been displaced for many years, such as the Thai-Burma border.”

The findings indicate that interventions are needed in such settings to reduce the negative effects of experiencing violence or trauma during the conflict, as well as to address subsequent intimate partner violence, Falb and her coauthors said.  Along the border, humanitarian organizations are working with women’s groups to implement programs for gender-based violence, including community awareness activities and provision of legal aid for survivors of intimate partner violence, but there is still much work to continue.

While the relationship between victimization during conflict and IPV is not fully understood, a variety of factors may be involved. Refugee settings, for example, are characterized by high unemployment and alcohol use which, in turn, limit a man’s ability to provide for his family and may increase the propensity for IPV. Also, women’s traditional roles often change during conflict and may threaten established gender norms.

More than 140,000 people are displaced in camps inside Thailand. Additionally, another 450,000 are internally displaced. Little population-based data has been gathered on IPV levels among this group.  Many refugees are resettling to third countries or potentially repatriating back to Burma given the ongoing political changes.

In addition to studying IPV prevalence among refugees, Falb also recently authored a paper on a related topic that found an association between lifetime violence victimization and subsequent pregnancy complications among women in the same camps. Falb and her coauthors found that women who experienced any form of violence were three times more likely to have subsequent symptoms associated with pregnancy complications. The findings underscore the importance of multisectoral efforts to integrate gender-based violence response into reproductive health programming in humanitarian settings.

Falb is also working with her mentor, Jhumka Gupta, ScD, assistant professor in the Department of Chronic Disease Epidemiology, in Ivory Coast (Côte d’Ivoire) on interventions that will reduce high levels of IPV in a West African country that has faced conflict over the last decade.

After finishing her work at Yale, Falb intends to continue conducting research on the health impacts of gender inequalities, human rights violations, and gender-based violence.  She also plans to evaluate sustainable structural interventions that work to empower women and improve their health.

“Addressing the root causes of poor health, such as gender inequalities and violence against women, can have far-reaching effects, not only on the women themselves, but on the well-being of their families and communities as well,” she said.