Bethesda, MD — Dinosaurs are often thought of as large, fierce animals, but new research highlights a previously overlooked diversity of small dinosaurs. In the Journal of Vertebrate Paleontology, a team of paleontologists from the University of Toronto, Royal Ontario Museum, Cleveland Museum of Natural History and University of Calgary have described a new dinosaur, the smallest plant-eating dinosaur species known from Canada. Albertadromeus syntarsus was identified from a partial hind leg, and other skeletal elements, that indicate it was a speedy runner. Approximately 1.6 m (5 ft) long, it weighed about 16 kg (30 lbs), comparable to a large turkey.

Albertadromeus lived in what is now southern Alberta in the Late Cretaceous, about 77 million years ago. Albertadromeus syntarsus means “Alberta runner with fused foot bones”. Unlike its much larger ornithopod cousins, the duckbilled dinosaurs, its two fused lower leg bones would have made it a fast, agile two-legged runner. This animal is the smallest known plant-eating dinosaur in its ecosystem, and researchers hypothesize that it used its speed to avoid predation by the many species of meat-eating dinosaurs that lived at the same time. 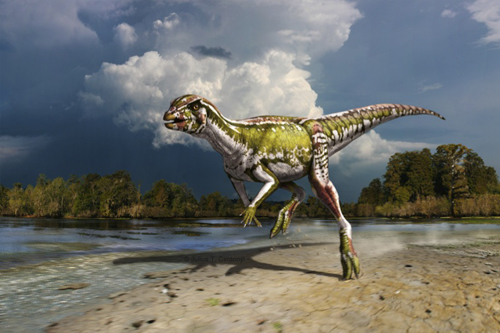 Albertadromeus was discovered in 2009 by study co-author David Evans of the Royal Ontario Museum as part an on-going collaboration with Michael Ryan of the Cleveland Museum of Natural History to investigate the evolution of dinosaurs in the Late Cretaceous of North America. The known dinosaur diversity of this time period is dominated by large bodied plant-eating dinosaurs.

Why are so few small-bodied dinosaurs known from North America some 77 million years ago? Smaller animals are less likely to be preserved than larger ones, because their bones are more delicate and are often destroyed before being fossilized. “We know from our previous research that there are preservational biases against the bones of these small dinosaurs,” said Caleb Brown of the University of Toronto, lead author of the study. “We are now starting to uncover this hidden diversity, and although skeletons of these small ornithopods are both rare and fragmentary, our study shows that these dinosaurs were more abundant in their ecosystems than previously thought.” 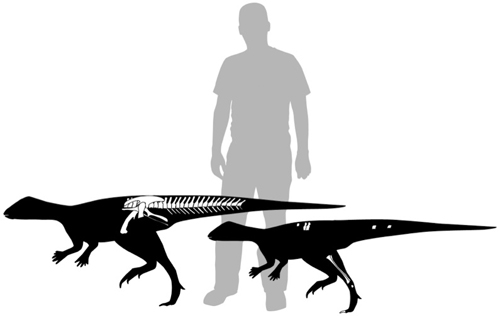 Figure 2. Skeletal outlines illustrating both the relative size and completeness of two of the small ornithopod specimens described in the paper. Bones indicated in white are present. Human (in grey) for scale. Illustration by C. Brown.

The reason for our relatively poor understanding of these small dinosaurs is a combination of the taphonomic processes (those related to decay and preservation) described above, and biases in the way that material has been collected. Small skeletons are more prone to destruction by carnivores, scavengers and weathering processes, so fewer small animals are available to become fossils and smaller animals are often more difficult to find and identify than those of larger animals.

“Albertadromeus may have been close to the bottom of the dinosaur food chain but without dinosaurs like it you’d not have giants like T. rex,” said Michael Ryan. “Our understanding of the structure of dinosaur ecosystems is dependent on the fossils that have been preserved. Fragmentary, but important, specimens like that of Albertadromeus suggest that we are only beginning to understand the shape of dinosaur diversity and the structure of their communities.” 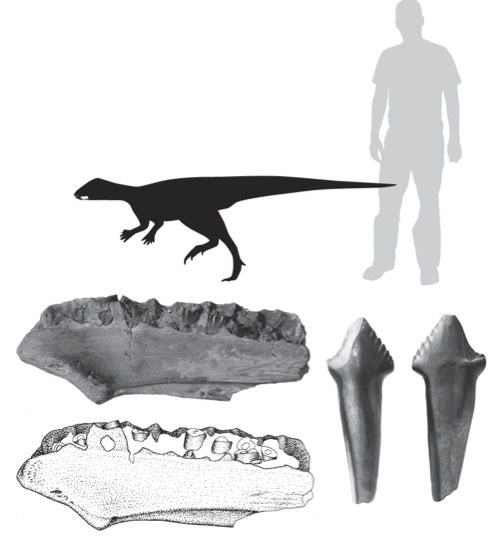 Figure 3. Photograph and interpretive drawing of the lower jaw, as well as a complete tooth, of one of the small ornithopods described in the study. Human (in grey) for scale. Illustration by C. Brown.

“You can imagine such small dinosaurs filling the niche of animals such as rabbits and being major, but relatively inconspicuous, members of their ecological community” said Anthony Russell of the University of Calgary. 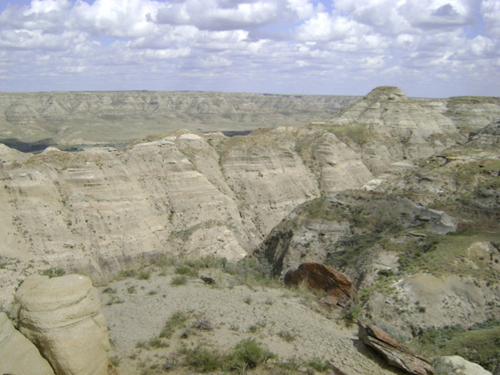 Figure 4. View of the badlands of the Milk River Valley, southern Alberta, from the quarry of one of the specimens described in the study. Photo by C. Brown.